Parkinson's Disease (PD) is a common condition to be seen by an acupuncturist and there is much that can be done to limit the affects of the condition and slow the progress. I have written previously about some of the basics of our particular approach to Parkinson's. That article also includes some more general information about Parkinson's from both western and eastern aspects.

That there is benefit from acupuncture and other aspects of Chinese Medicine is fairly clear based on practitioner/clinical outcomes and recent research. What isn't entirely clear, is "how" acupuncture specifically may help. 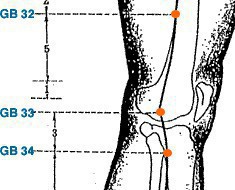 In a recent study by researchers from the Shanghai University of Traditional Chinese Medicine and other area institutions, the point GB 34 was explored specifically for its role in modulating the biochemistry behind Parkinson's.

Using a PD induced mouse model the researchers were able to watch in deeper biochemical terms what exactly happens with stimulation of GB 34 (Yang Ling Quan). They found that use of GB 34 promoted the "authophagic clearance of α-synuclein" in the substantia nigra par compacta of the brain. In layman's terms this means it clears the communication and biological pathways through which some (or possibly much) of the destruction involved in Parkinson's and other neurodegenerative diseases occurs. 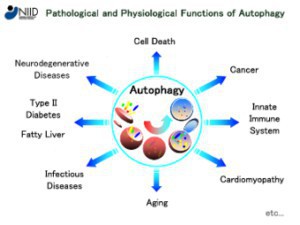 A drug that has been explored for the prevention and treatment of Parkinson's is rapamycin (sirolimus) ( 1 ). Rapamycin is an immunosuppressant used primarily to avoid organ transplant rejection but explored in possible uses against autoimmune degenerative conditions such as Parkinson's. Researchers from the Buck Institute who conducted a study using rapamycin on a rat model of Parkinson's had this to say... "Given its side effects as an immunosuppressant, there are issues with long-term use of rapamycin, but the results of our study suggest that use of derivatives of rapamycin or other agents with similar biological properties may constitute novel therapeutics for the disorder ... our discoveries regarding parkinson's may provide an even more important therapeutic target for PD."

Researchers in this acupuncture study compared findings from a rapamycin treated model with those from the acupuncture only model and concluded the following: "acupuncture and rapamycin, a chemical mTOR inhibitor, show comparable α-syn clearance and therapeutic effects in the PD mouse model, the latter adopts a distinctly different, mTOR-dependent, autophagy induction process. Due to this fundamental difference, acupuncture may circumvent adverse effects of the rapamycin treatment".

Obviously further studies using full collections of points and other Chinese Medicine based treatments as necessary would be warranted. Including other aspects of the Chinese paradigm such as Tai Chi for Parkinson's. But it is amazing to think that the simple stimulation of a single acupuncture point may have the same affects as a complicated immunosuppressant drug without any adverse effects.