Here in the United States multiple sclerosis (MS) rates are on the rise, now near 1 in 1000 people. Globally nearly 2.5 million people are effected with MS. Western treatments offer mixed results with regards to symptomatic relief and prevention of further exacerbations. Acupuncture, Chinese medical massage (tuina), and various herbal formulas have been used for years with varying levels of success as well. For better or for worse, MS is a difficult to predict condition where symptoms can wax and wane at will and the range of severity of symptoms is quite broad. Someone may have an initial "attack" of symptoms and then go into a period of remission and never experience symptoms again. Others have a more progressive form of the condition that is relentless and may lead to permanent disability. In this article I am going to discuss relationships between recent MS research involving the circulation in the neck and the Sky Window theory used in Chinese Medicine. 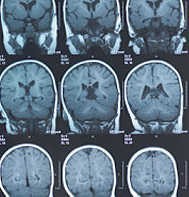 The symptoms of MS arise when the body begins attacking the nerve cells in the brain and spinal cord. Through a process called demyelination, the myelin sheaths which surround the axons of the nerves are damaged. Once damaged the nerves can no longer carry information correctly which can lead to any number of symptoms. The condition is relatively easy to diagnose once it has progressed as the demyelinated areas will show up as "plaques" on MRI scans of the brain and/or spinal cord. What causes the body to attack itself is not well understood and people may have symptoms in the early stages or in mild cases that cannot be fully confirmed as MS with an MRI.

It is generally agreed that MS is an autoimmune condition, which simply means conditions where the body attacks itself. There are many others including autoimmune hepatitis (where the body attacks the liver), rheumatoid arthritis is generally considered an autoimmune condition, as are Crohns (bowels), Hashimoto's (thyroid), and psoriasis (skin) among many others. Interestingly autoimmune conditions appear to be on the rise, particularly in developed countries, but the causes are poorly understood. There are surely a range of dietary, environmental, chemical and other influences which keep our immune system in an overactive state.

For MS specifically, research has traditionally focused on environmental and genetic causes. There are some familial tendencies with the condition and a few chromosomal markers that indicate an increased likelihood of someone developing MS, but nothing conclusive. We do know that MS is far more common in people who live further from the equator (i.e. in colder climates). On our continent, Canada has some of the highest rates worldwide. What makes these theories difficult to illustrate conclusively is that people born in Canada, for example, who move to Jamaica when young rarely develop MS. These inconsistences make the genetic, environmental and other causative theories more difficult to prove.

What is Chronic Cerebrospinal Venous Insufficiency (CCVI) and how does it apply to MS?

Brought to the attention of the MS community by Italian researcher Paolo Zamboni in 2008, cerebrospinal venous insufficiency describes a state of poor circulation with the cervical and thoracic veins. This lack of poor circulation can inhibit the bodies ability to function effectively and may lead to inflammation and/or iron deposits in the brain or other areas of the body. In Zamboni's research all MS patients studied showed signs of venous insufficiency and by using surgery to improve the circulation in these areas there have been cases of recovery from MS.

In our sub-branch of Chinese Medicine, the Tam Healing System, we heavily use the acupuncture points collectively known as the Window of the Sky points. We use these in many conditions, but primarily those which involve the proper circulation in the brain - MS, parkinson's, depression, various anxiety disorders, seizure disorders, ADD/ADHD, brain tumors, and others. We have always put a strong emphasis on using tuina, tong ren therapy (a form of medical qi gong), and needling (in certain cases) to open the circulation in this area. We do this primarily to ensure that the brain is properly nourished. The theory of CCVI adds another dimension to our work in this area. 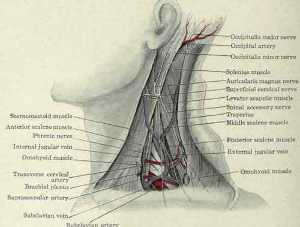 Without the brain being properly nourished and circulating well function will suffer. The other aspect to our system is then to work from the upper cervical area down through the spine to ensure that the message to and from the brain can get to their desired locations. Put simply, our system involves considering the loop of communication and nourishment in the body and brain and fostering that with acupuncture, tuina, and energywork. The Chinese Medicine theory of the Sky Window points is a crucial part of this process.

While Professor Zamboni has recorded MS cases that have gone into remission by using surgical intervention to improve the cerebrospinal circulation, there are many critiques of the theory overall. Many of these are far too technical for me to discuss with any kind of accuracy and outside the bounds of my own expertise. A commonsense critique, however, would be two-fold. First, is surgical intervention really required? Why wouldn't acupuncture, or deep tissue massage work as it appears to within our system? Second, as MS tends to strike within middle age, this theory would be more plausible perhaps in similar conditions that arise later in life (alzheimers as an example). In other words why would the insufficiency cause a problem so early in life if it doesn't appear to contribute to other related issues later in life.

From our perspective circulation is not the only answer which is why we use tuina, acupuncture, and energywork. The tuina is most important in the Window of the sky areas and the upper cervical region whereas the needling can stimulate brain function and help improve the persons symptoms. Certainly within pure TCM theory there are treatment protocols for MS, many of them are described in our Acupuncture for MS section. These are used both to help symptomatically and in the hope of reducing or eliminating further episodes by treating the root imbalance from a Chinese Medicine perspective.

As stated earlier we use a combination of acupuncture, tuina and tong ren therapy (a form of medical qigong) to treat MS. A treatment within our clinics, and those of our colleagues, would involve tong ren and tuina initially, then needling based on the following protocol and their overall tcm pattern, and followed with tuina. Tong Ren Therapy can be learned by anyone through either the Tong Ren Therapy: Beyond Acupuncture or the Tom Tam Healing System textbooks. If your practitioner is unfamiliar with Tong Ren treatments, they can be obtained for free by attending any of our tong ren therapy classes around the world, online at tongrenstation or by a variety of conference calls. Many private practitioners like myself also work with patients both in clinic and at a distance with Tong Ren. Tong Ren can easily be done in conjunction with whatever treatments (eastern or western) that you are currently undergoing.

For a detailed description of the primary treatment points for MS, please see Tam Healing and Tong Ren Therapy for Multiple Sclerosis.

It is our hope that through an awareness of current medical research and by pushing the boundaries of our own medicine that we can mutually benefit patients with chronic conditions. Certainly the theory of CCVI has some strong relationships to the Window of the Sky theory in Chinese Medicine and in our protocols work in the cervical area has led to good response rates in a variety of difficult to treat conditions. We hope our work can lead to more experimentation among our colleagues worldwide and together we can work with western medical advances when appropriate to gain better results for our patients.