As a former brain scientist I’m well aware of the importance of brain functions and inter-brain connectivity and how that relates to overall physical and mental health.  While the function of individual brain areas is important, the way different areas of the brain communicate with each other is equally, if not more important.  Neural plasticity refers to the ability of the brain to establish new connections, both physical and functional, between brain areas.  As we age neural plasticity is thought to be less, well elastic, and therefore our brains are less responsive to making adaptations and changes that are necessary to maintain optimal mental and physical health. 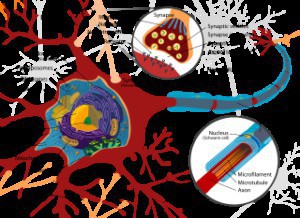 Many diseases and disorders result from different areas of the brain failing to communicate properly.  Aging related disorders such as cognitive impairment, dementia, and memory loss, often have no structural component (no brain damage, no interruption of neurotransmitter creation, etc.) and are instead the result of a breakdown of the communication between different brain areas.  This is the result of a breakdown of our neural plasticity.  Therefore to treat these types of disorders we need to be able to restore the communication between the affected brain areas, or in effect restore our neural plasticity.