Anxiety is an increasingly prevalent phenomenon in humans across the globe. Children, adults, and the elderly alike are feeling the effects of living in a modern fast-paced world. Many of those with anxiety disorders seek out alternative therapies instead of, or as a complement to, medication and psychotherapy. Acupuncture and massage therapy are two of the most common types of healing practices that anxiety sufferers turn to. There is not a copious amount of high quality research concerning massage therapy, particularly due to lack of funding. In addition, a double-blind placebo controlled study is not easy to do given the nature of massage. For there to be a control variable, the study participant must not know whether they are receiving the control or experimental treatment, or else bias could influence the results. In other words, it is hard to do a “sham” massage. 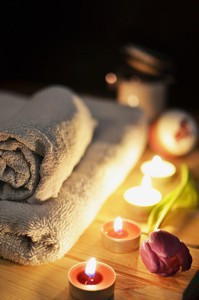 In the last decade, more research has been conducted due to the growing popularity of alternative medicine, in addition to more grants given to researchers for such topics. The National Institutes of Health funded research by Dr. Mark Rapaport, Professor of Psychiatry at Emory University School of Medicine. In 2016, he published Acute Swedish massage monotherapy successfully remediates symptoms of generalized anxiety disorder: A proof-of-concept, randomized controlled study. They had 47 subjects diagnosed with generalized anxiety disorder (GAD) whom were assigned to either a swedish massage or a light touch control group (their version of a “sham” massage). The subjects received these 45-minute treatments twice weekly for 6 weeks. Anxiety levels were reported using the Hamilton Anxiety Rating Scale (HARS). The massage group reported less anxiety symptoms than the control/light touch group after each session, and curiously after 3 weeks the difference between the two groups became more statistically significant.

After this, Dr. Rapaport did a continued study to further investigate this apparent cumulative effect of anxiety reduction with regular massage therapy, comparing 6 vs 12 weeks of regular massage on anxiety symptoms: Six versus 12 weeks of Swedish massage therapy for Generalized Anxiety Disorder (2021). The same subjects were used and were given 12 additional sessions of Swedish massage or light touch twice per week for another 6 weeks. Findings indicate that there was continued reduction in anxiety symptoms in weeks 6-12, but the most significant reductions in anxiety (71% of the total improvement) occurred during the first 6 weeks.

This is a similar phenomenon to weight loss and exercise; most fat loss and muscular strength gains are more significant at the start of a healthy eating plan or exercise program, then the results typically plateau. Further improvements continue to happen, but not as quickly. If one stops eating healthily and/or exercising, their bodies do not completely retain these benefits, they must continue to do so in order to stay healthy. According to these studies referenced above, Swedish massage therapy follows a similar pattern, where the majority of anxiety improvements are seen in the first 6 weeks of regular sessions, then still continues to improve but at a lesser degree. Regular and frequent massage therapy sessions for several weeks can be helpful to anxiety sufferers.