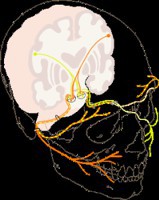 The effectiveness of acupuncture in the resolution of Bell's Palsy, regardless of stage, is well accepted. There is, however, quite a range in responses and some complexity in treating cases that have become chronic when compared with more acute presentations. As it is such a common condition and one that can be difficult to resolve with western medical approaches, it is worth exploring what these differences in responses might entail.

Researchers from the Chengdu University of Traditional Chinese Medicine in China performed a secondary set of analysis on data from a fairly large multicenter study involving 826 patients with bell's palsy who had received acupuncture. They were looking to see any commonalities among those who responded well vs. those with more incomplete resolution of their issues.

The study had a limitation, as many do, of only involving 5 acupuncture treatments. For acute bell's palsy this is generally enough, maybe even too many. But in some cases this will not be enough and/or it would led to better results had it been combined with herbal medicine which is what would likely happen in a true clinical setting.

As an aside, this is one of complexities of studying acupuncture. On one hand to be properly practiced there is a near infinite amount of tailoring that will be done towards developing and applying the best treatment for each individual, each and every time they receive treatment. For studies, this is very difficult to follow and more standard approaches need to be used. This is fine, particularly as on average the results are still there, but it does limit the value of the studies to practitioners at times and perhaps spreads a message of oversimplication of acupuncture applications to non-practitioners.

The researchers found that 85% of the patients had a good prognosis, which in and of itself is a valuable finding. With the acupuncture protocols and the timeframe limitations present in the study they found the following interesting measures:

The researchers found that younger patients in the acute stages of bell's palsy with low bmi's, low pain scale grades, and problems below the chorda tympani were likely going to have the best results (again with these techniques and within this timeframe).

The 281.7% increase in lack of full resolution for those higher on the pain scale was a very interesting finding. This may mean that the treatments have to be tailored more completely and/or they are more complex (i.e. other cervical disc involvements, etc.). Either way, for practitioners, who should also be tailoring their treatments everytime regardless, they may want to more deeply think through their approach on older and overweight patients with bell's palsy that present with pain to help lead to a quick and complete resolution. Additionally, if you have a younger, relatively healthy patient with bell's palsy and no pain and you are not getting full resolution, you should more closely analyze your treatment approach.