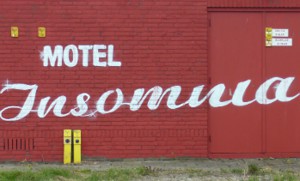 A range of research puts chronic insomnia rates around 30% and those with at least one bad night per week much higher, around 65%. Now the one off night of sleeplessness is probably just annoying and part of life. We all have times where we may have too much on our mind or a period of time with unresolved emotions towards events in our lives.
More chronic experiences however begin to contribute to more significant health effects.

Research shows relationships between any number of health issues and poor sleep. Possible health effects include obesity, diabetes, hypertension, anxiety, depression, alcohol abuse, and more ( 1 ). Chinese Medicine, both Chinese herbal medicine and acupuncture, has long been used to treat a range of sleep disorders, including generalized insomnia. When insomnia is properly diagnosed in the Chinese Medicine context (see "treating the cause and not the symptoms") and the treatments are properly tailored to the individual, it generally responds quite well. Our acupuncture for insomnia page has some of the possible patterns and basic treatment protocols.

Approximately 7 years ago a team of researchers from Changchun University of TCM in China conducted a study exploring the effects of a certain point protocol and needling method on insomnia and the flow of blood in the brain ( 2 ).

In their study they divided 60 patients with insomnia into a treatment group and a control group. Within the treatment group they utilized the following acupuncture points:

In the control group they used UB 62 and KD 6 - which can be calming and in some cases useful for insomnia, but are fairly different in function from the main treatment points.

In their study they concluded finding a 93.3% total effective rate in the treatment group and that peak velocity of systolic and diastolic blood flow velocity within the middle cerebral artery, basilar artery and vertebral artery were increased. There were changes in both groups, but the treatment group noted a stronger therapeutic effect for insomnia and stronger changes in blood flow.

With that study finished, 7 years later, a group from the same university as well as others from the China Academy of Chinese Medicine Sciences and the Shanghai University of Traditional Chinese Medicine conducted a follow up study to look at how these points helped with insomnia.

Practitioners of Chinese Medicine are very far beyond the "does it work" stage with many conditions. Due to this we are either happy with the fact that it works and we leave it at that or, for some, we put effort into finding out how it works in western terms to see if we can improve results. Improvement in results would be both in sheer volume of people we can consistently help as well as working towards reducing the number of treatments required to get the desired outcome. For my clinical practice, these western understandings put into the overall context of Chinese Medicine are quite helpful, not exclusively so, but helpful contextually.

What the researchers found is that the protocol used in the previous study, what was called "tranquilizing and allaying excitement method", increased the levels of BDNF and SYP in the hippocampus, thus providing a critical mechanism to improve learning and memory damaged by insomnia. In that previous study, however, there was also a therapeutic effect for insomnia itself so it appears to offer both a treatment of the symptom and a path towards resolution of the effects of sleep deprivation.

Clinically speaking this is generally what we see in the world of Chinese Medicine, particularly for insomnia and related conditions. That is, we see both a symptomatic resolution as well as something deeper shifting/resolving which makes the resolution hold sometimes for months, years, and even permanently with no further treatments of any kind. This in many ways is what we mean by "treating the cause, not the symptoms" and is certainly the goal, if not the entire raison d'être, of Chinese Medicine.