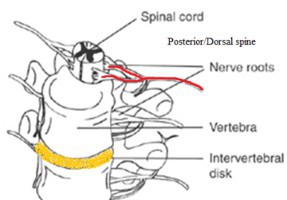 For many people spinal cord injury (SCI) can be a completely life changing injury. An estimated 17,000 people each year sustain new spinal cord injuries (1) and there isn’t much that Western medicine has to offer for treatment options. There is some evidence that acute treatment with methylprednisolone can help restore motor recovery (2). Most studies suggest there is an 8 hour window or less for it to have any effect and while significant the actual improvement is relatively small. Furthermore even with methylprednisolone treatment, there doesn’t appear to be any improvement in complications or morbidity rates (3). There are few treatment options for chronic care; physical therapy and pharmaceuticals. It is generally accepted by Western medicine that there is no current cure for spinal cord injury, though certain functions or sensations can be recovered.

One of my teachers at the Atlantic Institute of Oriental Medicine (my alma mater) was a trained neurologist from China. He often emphasized that acupuncture was extremely useful in treating a wide variety of neurological disorders and injuries that often times Western medicine has few to no treatments for. In my own practice I have found that patients with spinal cord injury report improvements in not only motor and sensory recovery but in quality of life as well.

A recent article published in the journal Medical Science Monitor explored the effects of electro-acupuncture (EA) on spinal cord injury (4). To this effect rats were subjected to a spinal cord transection (cutting through the spinal cord) along with a control group that had sham surgery and another control that had surgery with no acupuncture treatment. The team looked at a number of genetic markers known to be involved in neutropic factors (NTF) which are crucial for nerve recovery and regrowth. Without NTF there is no recovery or regeneration. 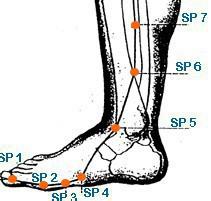 The rats in the EA group received 30 minutes of treatment every other day at the acupuncture points ST 36 and SP 6. The combination of these points is very often used to promote general wellness and to support the qi and blood. These two points are commonly used to help stimulate and promote healing after injury or trauma.

Another similar study from the journal Neuropeptides followed the same experimental protocol and looked at many of the same genetic markers but used the point GV 20 (5).

GV 20 is a point that is clinically useful to treat seizures, spasms, stroke, and other neurological conditions.  The results of this study were very similar: a significant increase in NTF production and improvement in sensory and motor function recovery in the acupuncture but not control groups.

Now while rats are obviously not humans, studies like these are crucial in establishing the legitimacy of acupuncture.  They show not just simply that acupuncture has a noted clinical effect but they lay out some of the actual chemical and biological pathways that acupuncture stimulates into action. The fact that one study found partial regeneration of the axon is pretty incredible but might not necessarily mean that regeneration will occur in human patients. It does at least suggest that further study is warranted and that acupuncture should be considered in the treatment of spinal cord injury.