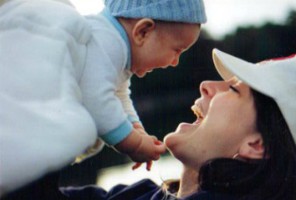 Maternal separation anxiety involves a mother experiencing emotions of worry, sadness and/or guilt during temporary separations from their child. No study has shown precise numbers but it seems to be a somewhat common phenomena, if not under diagnosed, which according to some studies is more likely in first time mothers. While a fairly extensive study didn't find a correlation with maternal anxiety leading to separation anxiety in children, considered within the context of the psychological changes prevalent post-partum and other anxieties of child rearing any help in limiting anxiety from any cause is very likely a positive offering.

Acupuncture and Chinese Medicine more broadly is used for the entire range of psychiatric conditions including anxiety disorders, insomnia, depression and other more complicated conditions. There are any number of studies supporting the use of acupuncture and Chinese herbal medicine in the treatment of this range of conditions and postpartum depression issues fall well within this scope.

In very general Chinese Medicine terms the weaknesses that can arise from pregnancy, labor and delivery, and postpartum activities in both qi (your bodies energy) and blood (your blood and other facets of tissue nourishment) are often linked to psychiatric issues postpartum. Some of these deficiencies may have been prevalent before pregnancy and then only made more significant through the process, for others it may arise at anytime through the process. An example of some possibly underlying Chinese Medicine diagnoses for anxiety may be seen on our acupuncture for anxiety page. For more on how Chinese Medicine treats causal patterns and not symptoms/conditions - see "What Does Acupuncture Treat?".

Treatment is centered around strengthening these deficiencies in Chinese Medicine terms, not in simply calming the person as a western psychiatric drug might be used for example. Due to the complexity of the diagnostic process in Chinese Medicine, the best outcomes will come by consulting with an acupuncturist in your local area to receive treatment tailored to your unique situation. What I am going to discuss today, however, is a fairly simple study using a single acupuncture point that changes some of the chemistry thought to be involved with maternal separation anxiety, thus relieving symptoms. This isn't as much a recommendation to use this single point, although it can be used with acupressure, but to understand more of how it works in biochemical terms.

The point used in the study was HT 7. HT 7 is an important point in Chinese Medicine for what we term "calming the shen" and what in western terms would be for alleviating stress and anxiety. It is easily found with your palm facing up at the wrist crease on the pinky finger side just towards the inside of the tendon you feel there (flexor carpi ulnaris). Indications include strengthening deficiencies of the heart qi and blood, emotional issues particularly related to thinking, strong physical responses to emotional stimulation, etc.

In this study they utilized rat pups and divided them into 3 groups - a control, a HT 7 treatment group and then a group with a random acupuncture point - in this case UB 57 which is often used for hemorrhoids. They were treated for 7 days and various blood and biochemical samples were taken along with other stress related tests.

The researchers concluded that "acupuncture stimulation at HT 7 can alleviate the behavioral impairment and changes of the cytokines by MS, indicating that acupuncture can help to relieve MS-induced depression".

In more biochemical terms the researchers found that compared with the other groups, those in the HT 7 treatment group had significantly lower levels of IL-1β and IL-6 (which when elevated indicate stress and anxiety), as well as reductions in GDNF (again, higher in stress responses) and lower overall cortisol levels.

While treatment is generally more directly tailored when applied by an acupuncturist, it is interesting to note that very simple approaches may also yield very productive results.