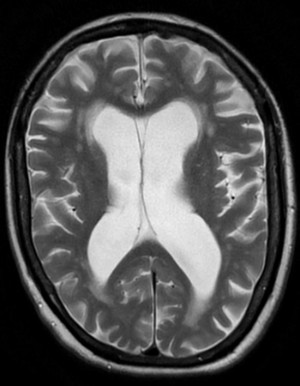 Rates of vascular dementia double in the US every 5.3 years, Alzheimer's rates double every 4.3 and they can co-exist later in life ( 1 ). While Alzheimer's and vascular dementia are different conditions they share many of the same contributing factors. The primary factors appear to be poor diet as these conditions are linked with diabetes, high cholesterol, high blood pressure, which are essentially linked to an inflammatory diet and lifestyle. For vascular dementia looking for the beginnings of carotid intima-medial thicknes and arterial stiffness may offer early signs of damage that will over time lead to symptoms. All of these, incidentally, are the same risk factors for stroke and dementia following a stroke appears to significantly lower life expectancy. 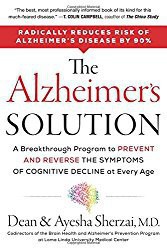 , contains a very well laid out discussion of the importance of diet along with some very straightforward tips towards directing your diet away from inflammatory substances that contribute to dementia and other precursory lifestyle and diet related conditions.

Generally speaking we know that acupuncture provides a broad range of effects including systemically reducing inflammation and promoting circulation, among many others. What we don't know is how in technical terms it appears to be providing these benefits. Many practitioners, and patients for that matter, may not even care so long as they get the results they are seeking. But it is wise as practitioners, in my opinion, to better understand some of what is happening in scientific terms to help guide the design of treatments and better prognosis estimates.

Starting with previous studies that have shown acupuncture to have antioxidative and neuroprotective effects, the researchers were looking deeper at how these effects are accommodated by the body. Using a range of scientific tests including the Morris water maze for the neuroprotective effects and detecting levels of DNA oxidation for the oxidative stress aspects, researchers wanted to see if acupuncture could mimic the effect of TXNIP inhibition.

TXNIP, or Thioredoxin interacting protein, is in laymens terms an on switch for the destructive processes present in vascular dementia as well as issues such as diabetic neuropathy, for example. So when something can inhibit the release of TXNIP it will, in effect, limit the types of damage that are behind this range of issues.

In this study the researchers found that acupuncture was able to reverse a range of negative inflammatory and destructive markers including TXNIP. They concluded that "the neuroprotective effects of acupuncture in VD are mediated through reducing expression of TXNIP-associated oxidative stress and inflammation".

While in this rat model the vascular dementia was significant, the real place to start with these conditions is, ideally, long before they get strongly developed. With dietary and lifestyle change, along with acupuncture, one may well be able to enjoy a sharper mind throughout life or at least into much later years.