Lack Of Sunlight May Promote Development Of Metabolic Syndrome

Lack Of Sunlight May Promote Development Of Metabolic Syndrome 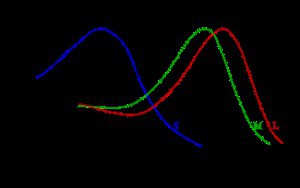 Metabolic syndrome is a multivariate set of issues where health problems such as hypertension, fluctuating blood sugars, obesity, cholesterol levels and other markers lead towards a range of the more commonly experienced chronic problems such as diabetes, heart disease and stroke. There are no detailed measures of the global experience of metabolic syndrome but it is thought to be around 3 times as common as diabetes, so this would loosely equal a full quarter of the worlds population (relevant study). It is a significant set of factors that lead to costly and deadly health problems. However, it is also a set of factors that if worked with early they can often be at worst well controlled and at best reversed.

Recently a team of researchers from the Cincinnati Children's Hospital Medical Center and the University of Washington conducted an animal study looking at the effects of sunlight on energy metabolism. The current study is building on a series of studies that the Cincinnati Children's Hospital has performed to better understand the processing of light by our brain and eyes to aid primarily in resolving a variety of vision disorders. This recent study, however, opened an interesting avenue of thought with many possible implications for our health.

The researchers were looking at the mechanisms of how mice warmed themselves (odd the many seemingly simple things that we do not yet understand in real terms). They found that light will penetrate deeply into the tissues of our body, including and most notably for this study, into fat cells. This includes in animals with fur, in humans with clothing on, etc. The light waves do get scattered with clothing, for example, but they will make it into the deep tissues of our body.

These light waves entering into our deeper fat tissues seemed to be vital for energy metabolism functions to happen (i.e. to burn fat). No light and/or a blocked genetic pathway for these functions and fat was not cued to be used as energy (i.e. contributing to more stored fat). The genetic pathway, known as OPN3, may affect a range of functions in the body including energy metabolism, vision and perhaps some cognitive functions as well. A related study has shown relationships between our bodies circadian rhythms and opn3 expressions. In basic terms when the opn3 pathway is activated fat is processed into energy, when it is blocked or not activated it is not.

Currently, more research would have to be performed to see if this exact pathway (or something similar) exists in humans. But this research mixed with common sense about our natural environment would tell us that it is very likely we need more true sunlight to have proper metabolic functions. In theory further research could yield plans to halt the progression of metabolic syndrome into full blown type II diabetes, for example, with the use of actual sunlight and/or some type of light therapy with the appropriate wavelengths. It may even lead to findings that support exercise outside will burn more fat than exercising in a gym (which could help to explain the difficulties many have faced). For now, in whatever way possible, it seems wise to try to get as much sunshine and away from artifical lights as possible (even if it is only marginally possible).