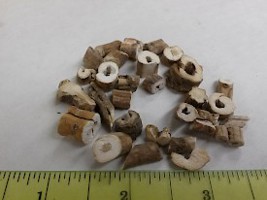 While far from a universal application, the Chinese Herbal Formula liu wei di huang wan plays an important role for aiding a range of pre and post menopausal issues in many patients. Estrogen deficiency, post-menopause, forms the backgroup of most of the common issues a woman may experience such as: osteoporosis, cardiovascular issues, various cancers, mental health and cognition, among others.

With regards to cardiovascular issues, estrogen is seen as having a beneficial effect on the artery walls, when levels are lowered the ability of the blood vessels to maintain flexibility and proper functioning may suffer leading to a range of cardiovascular issues. A common western approach to avoid these issues is hormone replacement therapy (HRT). However, some larger studies have shown no cardiovascular benefits from hormone replacement therapy, and even worse, some have shown an increase in incidences of stroke and blood clots. Clearly there is room for something that may help these serious issues, particularly, or obviously I suppose from the research, if it is not hormonal based. 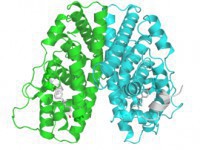 To explore these mechanisms a team from the School of Pharmacy within the Nanjing University of Chinese Medicine recently conducted an animal study to deeply look at the process. In their study entitled, "Liuwei Dihuang prevents postmenopausal atherosclerosis and endothelial cell apoptosis via inhibiting DNMT1-medicated ERα methylation", they used a mice model of postmenopausal atherosclerosis and found that the formula "significantly increased the expression of estrogen receptor alpha (ERα) and reduced the methylation rate of the ERα gene by inhibiting the DNMT1 expression". Concluding that the Chinese herbal formula, liu wei di huang wan, exerted "protective effects on postmenopausal arterosclerosis" in this model.

In the simplest terms possible, this study found that liu wei di huang wan prevented the buildup of plaque in the artery walls that can be increased post-menopause. It did this by fundamentally turning off the genetic messaging that is thought to contribute to this process. Considering that this is a non-hormonal approach and in most studies appears to have a beneficial effect on reducing breast cancer rates (relevant study), when it is a right fit diagnostically in Chinese Medicine terms, it seems like a good addition to other relevant lifestyle and dietary changes.

In pure Chinese Medicine terms the formula is for yin deficiency which can manifest with a range of symptoms (in men and women) but this diagnostic pattern is very likely during the process of menopause. A general range of symptoms would be warmth, nightsweats and/or hot flashes, insomnia/anxiety, possibly mild to moderate dizziness, and what we might refer to in the west as "tired and wired" generally. Other possible menopause patterns, where other formulas would likely be more appropriate, would be kidney yang deficiency or spleen and/or liver blood deficiency which generally might have more signs of fatigue, weak hair and nails, and other deficiency signs. Symptoms, however, can overlap so proper diagnosis from a licensed acupuncturist is key to proper treatment.

There is an entire family of "di huang" formulas that are functionally related to liu wei di huang wan - qi ju di huang wan, zhi bai di huang wan, ba wei di huang wan and other modifications are possible. What is right for you depends on a whole host of factors that your practitioner will explore and it is also common for one formula to be correct for you now and later another one a better fit and then, ideally, nothing as your body is aided to maintain its own affairs. While the biochemistry discussed at this level of research is more than many would like to know, it is interesting to see how these ancient formulations appear to be able to change things deeply in the body in a harmonious way. This opposed to strongly manipulating one function only to find out that you've created other problems, which is somewhat common (but at times possibly necessary) within western pharmaceutical approaches.