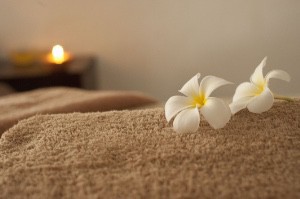 High blood pressure (HBP) is becoming an increasingly prevalent condition currently affecting over a third of Americans. High or elevated blood pressure can damage the body for years before symptoms manifest and is sometimes referred to as the “silent killer” due to its association with stroke, heart attack, heart failure, and kidney disease. Due to the insidious and progressive nature of rising BP levels, many people do not even know they have it or are pre-hypertensive and at risk of developing HBP. Genetics can put you at risk of developing hypertension, but there are many modifiable risk factors associated with the disease: low physical activity level, unhealthy diet, excessive tobacco and alcohol use, stress, sleep apnea, diabetes, and high cholesterol. Taking proactive control of your lifestyle and health will mitigate the complications of HBP, or reverse it, and can provide a safe and effective way of lowering BP levels.

7 out of 10 Americans diagnosed with hypertension take medication to manage their blood pressure.These medications are effective, but lifestyle modifications are just as, if not more, important for overall state of health and lowering risk of heart attack, stroke, and other life-threatening complications. There can be undesirable side effects of taking these medications, but the adoption of a healthy lifestyle can allow someone to take a lower dose or stop taking them altogether. It is important for those with HBP and those at risk of developing it to reduce stress levels in their lives. In addition to a reduction in physiological stress in the body, decreased stress can make it easier to eat healthily, stay away from alcohol & tobacco, sleep well, and exercise.

Massage therapy is universally praised for its relaxation-inducing effects, but there are further health implications for stress reduction. Researchers are beginning to explore the link between massage therapy and blood pressure. A 2011 Iranian study was conducted on 50 female patients diagnosed with prehypertension, classified as BP values between 120/80 and 140/90 taken on 2 separate occasions, who did not take BP medications. The intervention group received a 10-15 minute Swedish back massage 3 times a week for 10 sessions total, while the control group relaxed during this time but did not receive massage. Blood pressure was measured before and after each session. There was a significant drop in both the systolic and diastolic BP values of the intervention group, but no decrease in BP of the control group. Here are the tables illustrating the results of the study:

Even 3 days after the intervention ended, BP values in the experimental group were still significantly lower than in the control group. These are impressive results, especially considering the duration of each massage was less than 15 minutes.

The link between massage therapy and blood pressure is still being explored. In 2015, Nicole Nelson MSH, LMT of the University of North Florida published a scoping review summarizing the current knowledge of massage’s mechanisms of action on BP. She analyzed 27 publications dealing with this topic, and concluded that there are 6 potential BP-mediating pathways. The chart below illustrates these pathways:

It is theorized that massage can alter blood fluidity and decrease its viscosity. Viscosity refers to the blood’s ability to flow through vessels, and can be thought of as the “thickness” or “stickiness” of blood. Decreased blood viscosity leads to greater blood flow throughout the body and decreased BP. The physical, mechanical action of massage can manually influence circulation and blood flow. Skeletal muscle stimulation through massage can cause vasodilation of superficial and deep blood vessels, resulting in increased blood flow/decreased BP. Massage has been shown to alter the autonomic nervous system by suppressing the sympathetic response and increasing parasympathetic activity, further facilitating improved blood circulation. The relaxing effects of massage can be seen by the decreased sympathetic response as well as decreases in stress hormones like cortisol. The HPA axis stands for the “hypothalamic pituitary adrenal axis”; it is a stress response pathway that includes the nervous and endocrine systems, and is responsible for the release of cortisol from the adrenal glands. Via this mechanism, massage decreases the release of cortisol, a potent vasoconstrictor. Another psychological component, the limbic system can help explain why people perceive some touch as soothing and pleasurable; research suggests that tactile nerves in the skin can elicit an emotional response. The connection between touch and emotion may occur in the limbic part of the brain. Through these physical and psychological mechanisms, massage therapy can lower blood pressure and improve overall health.

A multimodal approach is the best option when treating pre-hypertension or hypertension. While genetics can play a role, one should focus on the many modifiable risk factors such as diet, physical activity, external stressors, and sleep as these are factors that people can change. As always, medications should be taken as prescribed by your doctor, but there are other natural interventions that have been shown to be just as successful in lowering and treating high blood pressure.