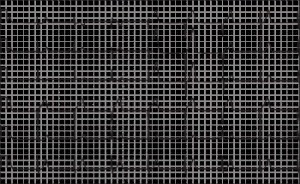 Many of the acupuncture studies that are performed work in a way where certain points are stimulated then through blood draws, tissue samples, MRI, etc. the researchers look for internal changes that verify the function of the points or treatment as a whole. Recently a team of researchers from the Chengdu University of Traditional Chinese Medicine conducted an interesting study that came at this process from the opposite direction - by looking at tissue changes at the points themselves.

First, what is myocardial ischemia? Also known as cardiac ischemia, myocardial ischemia (MI) is a condition where blood flow to your heart is blocked and it prevents the heart from receiving enough oxygen. This is often the result of blocked coronary arteries, or "atherosclerosis". If the blockage is severe enough this may result in a myocardial infarction or "heart attack".

The coronary blockages usually start a couple decades before someone is diagnosed and, while genetics play a role, the strongest contributing factor is diet and lifestyle habits. While there are certainly far more detailed ways, the general recommendations to heal this disease process are the following: 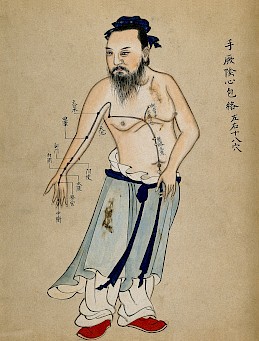 With our public health advisory now stated, back to the study. The researchers created a myocardial ischemia rats population (40) and then divided them into 5 subgroups based on acupuncture points that will be analyzed:

Note that in the above list, the large intestine (LI) meridian points are controls so they are purposely less related clinically. They also randomized another 40 health rats into the same groups as a control. The researchers then analyzed tissue fluids at the acupoints (collected by microdialysis) for 30 minutes. They looked at the following markers:

The researchers found that along the pericardium points the measurable markers of adenosine in the tissue was raised significantly in the ischemia group.

Now with ischemia, particularly acutely induced as in this lab model, these protective measures would be expected in the body. To find them in higher numbers only at certain acupuncture points, however, is far more interesting. And then what does needling them do when the localized tissue levels are higher? Is this why they seem effective for this range of issues? A dispersion, or an activation, of chemistry to trigger the body to produce more of this tissue healing effect? Would chemistry tests of localized tissue eventually guide which points should be used?

This study doesn't answer any of these questions, but it is an interesting way to more deeply look at the interplay between the "points" and the "body" and guides us closer, or further away depending on how you look at it, to better understanding some of the functional mechanisms in acupuncture.