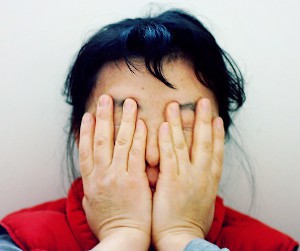 The process of treating cancer can leave the patient exhausted on nearly every possible level. Even when treatments are effective, the patient may be left with considerable fatigue for months to years after remission. While there are a host of treatments within Chinese Medicine for cancer itself, at times combined with western medicine, aiding post treatment fatigue is a strong point of Chinese Medicine.

As always, proper treatment must be tailored to the individual (see “how to choose a formula” for more on that). Generally speaking in an herbal context, however, you are often rebuilding what we would call the qi, blood and/or yin of the patient (essentially the nutritive and fluid aspects).

One of the more common herbal formula categories to draw from is the “tonify the qi and blood” category. This category contains many formulas that work to facilitate the bodies ability to properly convert food into energy and then facilitate the proper distribution of this energy to where our body needs it for healing, for proper functioning, and for vitality of the mind and body.

An important formula within the “tonify the qi and blood” category is Ren Shen Yang Rong Wan which, like most formulas, has a very broad range of potential applications depending on the patients individual circumstances. Commonly it is used for fatigue.

To explore the benefits of Ren Shen Yang Rong Wan with relation to post cancer treatment fatigue, a team of researchers from MD Anderson Cancer Center in the US and the Peking University Cancer Hospital and Institution in Beijing conducted a phase II clinical trial. Recruiting 83 cancer “survivors” with moderate or severe fatigue that had lasted over 2 months, they were divided into a single herb group (huang qi) and a formula treatment group where Ren Shen Yang Rong Wan was given in granule form. Both treatments were taken twice daily for six weeks.

While this was a fairly small study, these types of treatments are very commonly offered in Chinese Medicine clinics around the world and heavy integration of western and eastern approaches happens often in Chinese hospitals. That said, so long as the medicine is allowed to be tailored and properly administered within its proper diagnostic framework (see “treating the cause vs. the symptoms”), it is encouraging to see an interest in large western medical institutions on these already well understood Chinese herbal medicine treatments.