The Health Benefits of Meditation

The Health Benefits of Meditation

Meditation is a scientifically founded tool for improving our physical and psychological well-being. Many people incorrectly assume that meditation has something to do with various eastern religions or other more esoteric systems of belief. Meditation is an important aspect of Buddhism and Taoism, but also of all religious traditions including Christianity where it plays a vibrant role in certain denominations and within commonly practiced techniques such as the Christian Centering Prayer. It is not, however, a tool that requires a specific religion or belief system to make it valuable from a health perspective. Similar to “Chinese” medicine and other topics that people have strong often instantaneous associations with, meditation is often not what it seems to be.

The root of meditation is simply being. This “being” constitutes a level of awareness and mental calm that has to be experienced to be fully understood. Religious relationships with meditation are largely due to the fact that it is very difficult to live by the tenets and positive moralities of any religion without calming and controlling your mind and emotions. As an example, when Jesus says,

“Love your enemies, do good to those who hate you, bless those who curse you, pray for those who mistreat you (Luke 6:27-28)”

Can we do that when our minds our full of personal pain, judgment, anger, and the multitude of other thoughts and emotions which consume us on a moment by moment basis? Simply, the answer is no. So whether you follow your own rules and morals, or you are Christian, Buddhist, Taoist, Gnostic, or a follower of anything else - meditation precedes your ability to act in a way that is appropriate and conducive to expressing yourself correctly, exemplifying your moral beliefs, and acting in a positive way within and amongst our community.

From a scientific perspective, not only is meditation a tool to allow you to exemplify high moral qualities, but it has tremendous health benefits which combat the effects of stress which is rampant in our day and age. The National Institutes of Health (NIH) offers the following list of benefits achieved through meditation:

In my mind that's a pretty impressive list of benefits! There are not too many things in this world that can create this kind of positive change and only take 10-20 minutes a day.

How Does It Work? 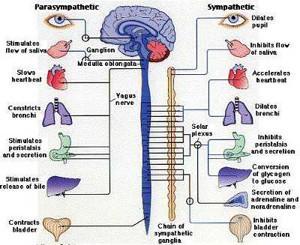 While all of the mechanisms behind these benefits are not fully understood, meditation is known to increase the activity of the parasympathetic nervous system, or what is commonly known as the “rest and digest” system.

Our bodies have two nervous systems one for action (the sympathetic, “fight or flight”), and one for rest (the parasympathetic, “rest and digest”). Certain functions will only happen when we are in one or the other of these nervous systems. Unfortunately for us, stress and our modern lifestyles have tipped the balance towards the “fight or flight” action oriented system which is a contributor to many of our lifestyle related illnesses. Meditation provides the counter to this trend. Specifically, meditation is known to improve the following health conditions in addition to promoting general wellness:

Meditation accomplishes these health benefits through various means. The primary mechanism is that it forces our body to go into the “rest and digest” system. This system slows the heart rate and breathing, dilates the blood vessels (improving circulation throughout the body), promotes immune system activity, and increases activity in the digestive tract and other organs. Ultimately, this system allows our body to heal.

Other findings have shown that over the long term meditation will physically change certain areas of the brain associated with empathy and other positive feelings. What this means is that meditation is not just a counter to stress, like taking a medication. This means that it will change your relationship with your own mind and your environment and events that you previously found “stressful” will no longer be experienced the same way. Ultimately this means that you spend more time in the “rest and digest” system, where your body can heal and your mind is relaxed – even when you are not “meditating.” In other words, relaxation and healing become the dominant states that you exist within.

Rather than being controlled by stress and it's harmful effects, you have a tool to counter this and promote your health. Meditation is far more powerful than many people are aware, easier than most people think, and leads to benefits that few could imagine.

So How Do I Start?

Previously I've written an introduction to meditation article which is helpful and contains some useful resources at the end of the article. If you are in Chattanooga we offer meditation sessions multiple times per week (schedule here). For those elsewhere there are any number of classes in most cities and a few calls or some time on the internet should guide you in the right direction.