Tai Chi is practiced by millions of people around the world, primarily as a health exercise. The health benefits of Tai Chi have been studied extensively by researchers in the west and the east and the majority of studies show beneficial effects on many aspects of a persons well being. Its roots lie in the long history of Chinese martial arts which were practiced both for protection and for health. People of all ages and physical condition practice Tai Chi today in much the same way as it was practiced in the 1600’s and earlier.

There are five main styles of Tai Chi and many variants of each of the Tai Chi forms (long forms, short forms, 12 movement forms, 32 movement forms, etc.). From a health perspective there is little difference in what form you choose to learn and practice, although the quality of teaching will make a difference in the degree of the health benefits that you gain. From a martial arts/self-defense perspective, the quality of the teacher is likely the only thing which will be crucial as all styles can be applied equally well for that purpose with proper instruction.

Regardless of the style, Tai Chi is generally practiced as a series of slow movements which calm the mind, slow the breathing, and eliminate muscular tension in the body – which increases the circulation of blood and energy. The negative effects of stress and tension on your health are well understood and are at the root of many common health problems including high blood pressure, diabetes, pain, depression, etc. Tai Chi has strong medical benefits for the majority of the most common conditions in our society.

The health benefits of Tai Chi are plentiful and the practice of Tai Chi will continually strengthen your body as you practice over many years. Most of the medical studies that look into 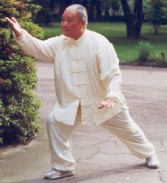 Tai Chi take groups of people who have never practiced before and then follow them over a relatively short period of time to look for positive changes. A good number of the studies show positive changes quite quickly, but some of the strongest benefits come over long periods of practice. Many of my personal teachers were in their 70’s and 80’s and were very vital, strong, calm, and balanced. Not only were they free from disease, but they were very healthy and agile overall, not limited in any way by their age.

What follows is a list of some of the most agreed upon health benefits of Tai Chi and related research studies. The list is not meant to be inclusive in any way, but to highlight those aspects which have been verified by medical research.

Tai Chi, largely due to its meditative aspects, has clear effects on a person’s overall stress levels. Through the practice of Tai Chi one can lower blood pressure, lower stress hormones, and improve the circulation of blood and energy throughout the body.

For many people Tai Chi is easier than meditation, once it is learned, as it involves the entire mind and body in the exercise. This makes calming your mind down much easier as it has something to focus on. And, while other forms of exercise (all forms) have some beneficial aspects, Tai Chi is unique in that it creates similar circulatory responses without the strain on the heart and lungs that traditional cardiovascular exercise creates. The circulation is improved through relaxation rather than constriction as in western exercise. In essence, this means that you are relaxing and exercising at the same time, which is very unique among forms of exercise.

The effect of tai chi exercise on blood pressure: a systematic review

An evaluation of the effects of Tai Chi Chuan and Chi Kung training in patients with symptomatic heart failure: a randomised controlled pilot study

The effects of Tai Chi on bone mineral density in postmenopausal women: a systematic review

Getting started with Tai Chi is as easy as finding a class in your area. You can start by consulting your local phone book and asking your friends and family. Many areas have regular classes.

If you cannot find a class you can technically learn from books and/or DVD’s. Some forms of Tai Chi can be difficult to learn the details without personal instruction, but if all you have is a book or DVD, that is far better than doing nothing. For some, starting with some basic Qi Gong exercises, which are generally shorter and easier to learn than the Tai Chi form, is a good option. We offer two Qi Gong exercise textbooks within our store – the Tai Chi Dao Yin and the Da Peng Gong. Both are easy to learn. Other texts can be found in our recommended texts section.