A Brief History of Acupuncture in the West

A Brief History of Acupuncture in the West

For many of us in the west, and in the United States particularly, acupuncture is thought of as a relatively new phenomena. In reality acupuncture has been with us quite some time - even in the west. The first known traces of Chinese Medicine works date back between the 18th and 16th centuries BC - approximately 3800 years ago. In written works, acupuncture was first mentioned specifically within the "Huang Di Nei Jing" (or simply "Nei Jing") which translates as the "Inner Classic of the Yellow Emperor." The Nei Jing dates back to approximately 90 BC and it still forms a large part of the theoretical understanding of disease and the use of acupuncture and other methods to heal illness. It is quite clear that acupuncture is a very old form of medicine, but when and how did it make its way to the west? 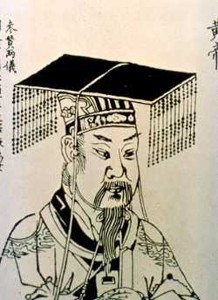 While nearly 180 years would pass before acupuncture would start being widely used in America, the western traces go back to the work of Jesuit missionaries from the 16th centuries and forward. The first person likely to practice acupuncture in the west was Dr. Louis-Joseph Berlioz within the Paris School of Medicine. Dr. Berlioz reported successfully treating a young woman with abdominal pain in 1810 AD and later wrote a text entitled "Memoirs on Chronic Complaints" which he published in 1816. The first western texts came quite a bit earlier from the Christian (Jesuit) Missionary Father Placide Harvieu. Upon returning to France from China in 1671, Father Harvieu published the text "Les secrets de la Medicine des Chinois" ("Secrets of Chinese Medicine"). The Jesuit missionaries were widely involved in bringing information from Asia to the west - even the word "acupuncture" is thought to have been coined by Jesuits from the Latin words for needle (acus) and puncture (punctura).

By the time the Jesuits had brought information regarding acupuncture to France many years of dissemination across Asia had already taken place. By the 6th century AD acupuncture had already been incorporated into Japanese, Korean, and Vietnamese cultures among others. Japan in particular has played an important role in spreading acupuncture to the west through its relatively open society which has allowed travelers, missionaries, and other researchers to learn this form of medicine. While many people think acupuncture is a static form of medicine anything could be further from the truth. It is worth noting that there are many unique systems of acupuncture and many other family/master traditions which have all influenced and been 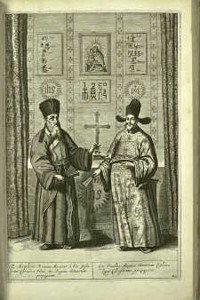 influenced by eachother over many years of development. The Japanese in particular received early texts and training via Chinese emmissaries and Buddhist missionaries around the 5th century and have continued to advance the medicine with their own cultural intelligence and sophistication up until today.

To return to the western reception of acupuncture we continue with the work "Amoenitatum Exoticarum" by the German physician Engelbert Kaempfer. Dr. Kaempfer wrote the text in 1712 after spending many years in Japan. Within this text he described various acupuncture and moxibustion techniques (see "What is Moxibustion?"). The term "moxa" appeared first in Dr. Kaempfer's work being derived from the Japanese "mogusa."

There were many other publications and usages of acupuncture throughout Europe and then in 1959 Denis Lawson-Wood published the text "Chinese System of Healing: An Introduction to Acupuncture." This text is quite likely the first English language text to detail acupuncture and its usages.

Within America, Chinese Medicine was brought with our many Chinese immigrants and was used to some extent for many years before more widespread acceptance and medical regulation. The real beginnings of acupuncture in America began with Henry Kissinger's trip to China in 1971. During this trip James Reston, a New York times reporter along for Kissinger's visit, had an emergency surgery for appendicitis. Following his surgery, however, Mr. Reston was still experiencing considerable pain. He then received acupuncture from a Chinese acupuncturist, Li Chang-yuan, and was helped tremendously. Having a positive personal experience he spent some time while in China exploring the use of acupuncture in hospitals and later wrote of his experiences. His article was published on July 26th, 1971 and stirred a tremendous amount of interest in America from many people in this "new" form of medicine - Traditional Chinese Medicine or "TCM."

There was some momentum towards the use of acupuncture before Mr. Reston's article but this profoundly increased after its publication. The National Acupuncture Association (NAA) was started in 1972 which helped provide training in acupuncture to western doctors. The NAA helped create the UCLA Acupuncture Pain Clinic in 1972 which was the first legal medical setting that utilized acupuncture within the US. One of the Doctors of Chinese Medicine working in the UCLA Clinic was Dr. James Tin Yau So. Dr. So went on with a few colleagues to open the first school of acupuncture in the US in 1974. This school, my alma mater, was registered as the New England School of Acupuncture in 1975 and continues to this day.

Since the 1970's acupuncture has grown steadily within the US, and within the west generally. In 1997 the US National Institutes of Health (NIH) officially designated acupuncture as a viable treatment for a number of medical conditions. Since that time increased funding has been available (which pales incredibly in comparison to that spent on pharmaceutical drugs) to study acupuncture both from a western biochemical perspective (i.e. how it works in western medical terms) and on its own terms (i.e. does it work for "x" and how best to treat "x"). At this point nearly every state has laws on the books governing the practice of acupuncture and the schools are properly regulated along with national accreditation agencies for practitioners.

While no one knows what the future holds for Chinese Medicine in the west, and many within and outside of the field have an array of opinions on this matter, most are quite happy to have it available. From a practitioners perspective I am constantly amazed at both the effectiveness of the medicine but also in the numerous avenues it has taken to get into my hands. It is both a science and an art form that can be molded and changed to each culture, each era of time, and to best treat the diseases for the culture within which it is applied. Having many, many hundreds of years of experience, trial and error, constructive dialog, and clinical case studies to draw from is an assent in any field and Chinese Medicine certainly does not fall short on any of these. As we continue to benefit patients with acupuncture from around the world this body of knowledge continues to grow and will benefit future generations of people. We are already seeing better collaboration and mutual appreciation between the west and the east with both working to better understand their successes and failures in the hopes of offering the best outcomes for their patients. With an educated and diligent approach we will be able to offer our expertise to this ever increasing body of knowledge to benefit all future generations.