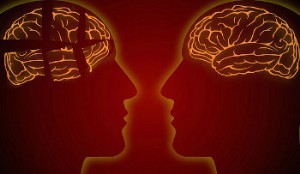 Post surgical delirium is more common than people may realize. According to this study it may affect up to 37-46% of the general surgical population. While symptoms may vary they generally involve changes in their ability to focus, changes in memory, language and/or generalized confusion, and/or perceptual disturbances such as hallucinations. In elderly patients these signs can be missed due to incomplete evaluation of mental status pre-surgery. Particularly in the case of surgeries such as hip replacements in elderly patients this type of disturbance if left unrecognized can lead to longer-term complications and initiate a steady decline of overall cognitive function.

A recent study entitled "Clinical study of Jiawei Xiaoyao Powder(JWXYP) on preventing delirium in elderly patients with hip fracture after operation" discusses a potential Chinese herbal medicine approach to offset the chances of the development of delirium in a post-op setting. To conduct the study researchers from the Shangyu Hospital of Traditional Chinese Medicine of Shaoxing recruited 180 elderly patients undergoing hip surgeries and divided them into two treatment groups - a placebo group and an herbal medicine group where the formula Jia Wei Xiao Yao Wan was used. They were fairly evenly divided between gender, type of hip surgery, etc.

Jia wei xiao yao wan is a slightly modified version of "xiao yao wan", commonly known as the "free and easy wanderer", and is probably one of the most commonly prescribed formulas in the world. It has a broad range of beneficial effects as far as generalized anxiety, depression, hormonal/menstrual issues, headaches, etc. so long as they arise from a dysfunction of the liver and spleen systems in Chinese Medicine terms and most notably falling under the diagnosis of "liver qi stagnation". It is an extremely mild formula which may not be strong enough for certain applications within relevant symptom sets, but this mildness is part of the broad appeal and safety of the formula generally.

Considering the near non-existent risk factors of a formula like this and the potential serious implications both short and long-term of post-op delirium, this is likely avenue worth pursuing for many patients and would be trivial to incorporate into their post-op care plan.