Roughly 6000 babies will be born with Down Syndrome each year in the United States. The effects and severity of these effects will vary greatly and there is much room for treatment. Besides the understanding of the genetic component, trisomy 21, there is still much to learn about what differentiates mild and substantial cases of Down Syndrome as well as what treatment options are best. Looking at why it is more common in older parents and what mechanisms might be at work there is also valuable, possibly leading to reductions in rates in older parents through pre-pregnancy treatment.

Regardless there are a host of treatments that can be provided within Chinese Medicine, Alternative Medicine and Western Medicine. In my article today I'm going to discuss a study that looked at the role of the supplement CoQ10 and the role it may play in cutting inflammatory markers to allow for better development in children with Down Syndrome. As the markers discussed in this study have also been studied extensively with regards to acupuncture, I will also discuss that aspect as another potential treatment modality. 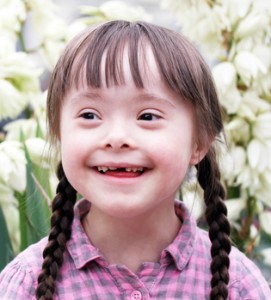 As with many of our modern day conditions, researchers have begun looking at the role of oxidative stress in the process of neurodegeneration in children with Down Syndrome ( 1, 2, 3 ). While there is a genetic component the actual effects on the body vary and if they vary to any degree by how much of an inflammatory/degenerative response the body makes, cutting that response should lead to better clinical outcomes.

Researchers in the CoQ10 study recruited 86 children ages 5-8 with Down Syndrome and 43 were placed in a treatment group with the rest in a control. The treatment group received CoQ10 treatment over a period of 8 months and then inflammatory markers and intelligence quotient levels were evaluated. The researchers found the following:

The researchers felt that these inflammatory markers can be used as guides to the severity of the neurodegenerative processes in Down Syndrome children. Further as CoQ10 functions in the body to control some of these processes, supplementation may lead to a decrease in the destructive properties. Further studies are warranted.

As for acupuncture a range of autoimmune conditions which involve some of the same markers as Down Syndrome are commonly treated and generally respond well. For example a study I wrote about earlier using electroacupuncture for arthritis of the knee found that "the current study suggests that short-term treatment (4 weeks) with high- or low-EA effectively suppresses proinflammatory cytokines". Another study I wrote about comparing acupuncture to prozac for depression found that "its mechanism of action appears to involve the inhibition of proinflammatory cytokines". There are many others that discuss these clinical outcomes with regards to acupuncture for inflammation.

What this means, then, is that acupuncture may play a role in slowing the neurodegenerative processes that are part of the progression in Down Syndrome, as may CoQ10 supplementation. However, coupled with the benefits that acupuncture has more broadly on thyroid function, brain development, seizure disorders, stroke recovery and other related and/or similar issues there may be more benefit than just slowing the process. In my opinion studies evaluating the benefits of acupuncture for Down Syndrome patients should be performed.