Acupuncture and associated techniques such as moxibustion, cupping, electroacupuncture and tuina medical massage is often used for a range of pain related conditions.  While clinically results have been easy to observe for generations, the understanding of the underlying mechanisms for how it helps is not well understood.  Additionally, there are a range of treatment techniques and each practitioner has their own preferences based on their clinical experience.  One very common modality is the use of electroacupuncture.  But even with that there are differences in both points used and frequencies/durations used.

In the study I'm going to discuss today, they are exploring both the underlying mechanisms as well as the differences in outcomes between high and low intensity electroacupuncture.  But first, some basics about treating osteoarthritis of the knee from a broad clinical perspective. 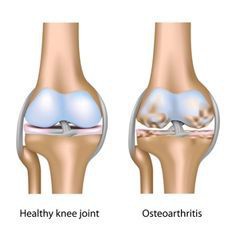 Our acupuncture for arthritis page has some of the more common TCM diagnostic patterns that may be behind the progression of osteoarthritis.  In Chinese Medicine arthritis is generally referred to as "bi-syndromes" or "stone syndrome" - which describes the nature of the condition.  The underlying causes can be from cold influences (worse in cold environments, better with warmth and movement), hot influences (worse in heat and/or with movement), dampness (worse in damp weather, stiff, better with movement), etc.

The majority of the cases are from a combination of dampness (from poor diet, inflammatory foods - sugars, dairy, etc. and lack of movement - for more see "My spleen is what?") and then either hot or cold depending on various other health factors and environmental factors.  Common points that may be used would be the empirical point, SP 9, for dampness, then some local points such as heding, ST 35 and xiyan, GB 34, LV 8 among others depending on the underlying diagnosis.

In the study I'm writing about today researchers recruited 80 patients between the ages of 38 and 80 and provided either low intensity or high intensity electro acupuncture in a single blind study model.  Patients were treated 5 times/week for 2 weeks, then once every 2-3 days for an additional 2 weeks.  They were evaluated with various pain scores (womac and vas) and blood samples were taken to evaluate some of the biochemical changes from treatment.  They utilized electroacupuncture unilaterally at the following points:

To better ascertain what changes happen in the body from the treatment to provide this reduction in pain, the blood samples were analyzed.  They looked at the following blood measures:

At the beginning of treatment there we no considerable differences between the patient groups.  With treatment both groups saw significant decreases in plasma levels of apelin and TNFα.  The IL-1β didn't seem to be changed in either group.  The high intensity group was the only group where IL-6 was significantly reduced and that same group saw a stronger reduction in apelin levels as well.

The concluded that "the current study suggests that short-term treatment (4 weeks) with high- or low-EA effectively suppresses proinflammatory cytokines and improves pain and function in patients with symptomatic KOA. Higher intensity of EA stimulation provides better improvement in the disease-specific quality of life of KOA patients and a greater modulation of cytokine secretion."

From these changes we have a better understanding of what acupuncture is asking the body to modulate.  Essentially it is an off switch for inflammation markers which accordingly reduces inflammation and decay.  You can also see from a deeper understanding of the underlying mechanisms how broadly acupuncture can work, particularly with autoimmune activity in the body.  It appears to do this without strong suppression in the case of inhibitory drugs which often have strong side effects and possibly long term implications for other health issues.