Diabetes, Brain Health, and the role of Astragalus

Diabetes, Brain Health, and the role of Astragalus 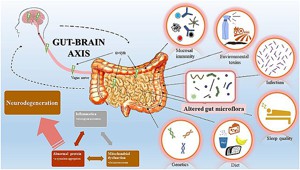 Over 450 million people in the world (over 6% of the global population) are affected by type 2 diabetes.  It is the 9th leading cause of mortality (up from the 18th leading cause in 1990 (source).  The long-term individual and societal costs are very high.

One of the potential implications of living with type 2 diabetes is a range of cognitive impairment issues.  Issues such as Alzheimer’s disease and other types of dementia appear to have strong correlations to type 2 diabetes (source).  There are estimates of 4-6 million new cases of dementia every year - potentially doubling every 20 years (source).  All that to say, these are very serious health outcomes.  But outcomes that are potentially avoided or, at least, minimized with causal research and awareness, lifestyle and dietary changes, and targeted treatments.

There are a host of contributing factors in cognitive impairment such as depression, anxiety, alcohol abuse, hormonal issues, Lyme disease, seizure disorders, among others.  Even societal issues such as social isolation may be strong determinants (source).  Each one requires a range of interventions, approaches and treatments.

With specific regards to type 2 diabetes, there is research showing a doubling of potential risk of developing dementia (source).  People with Alzheimer’s disease are “more vulnerable to type 2 diabetes and [there is ] the possibility of linkage between the processes responsible for loss of brain cells and beta-cells in these diseases (source).

From this study, the relationship is described as follows:

“The idea that [Alzheimer’s Disease] is a metabolic disease in which brain glucose utilization is impaired is supported …. Conversely; amyloid precursor protein (APP) and amyloid-β-peptide (the brain “plaques” many have heard of) have been show to induce … defects … that are able to impair key players of the glucose metabolic pathway.”

To the point, based on the overall findings, some researchers consider Alzheimer’s disease as type 3 diabetes - or more directly the “brain form” of diabetes (source).

So What About Astragalus?

The primary study I’m discussing today is titled “Intake of flavonoids from Astragalus membranaceus ameliorated brain impairment in diabetic mice via modulating brain-gut axis.”  To discuss it, we’ll start with Astragalus itself.

Astragalus or “Huang qi” is a component of many Chinese herbal formulas.  From our Huang qi page, it is noted to tonify the qi, have a warming effect, “raise” the qi and affect the defensive layer (Wei qi) of the body.

As it is a powerful and popular herb, there are a host of studies - many, such as this one, showing broad ranges of effects on blood sugar, systemic inflammation, neuroinflammation, obesity and other issues.  Many of the more commonly influenced functions are those involved in the matrix between diabetes and cognitive issues.

One of the constituents of astragalus, flavonoids, is thought to be a considerable part of the overall beneficial effects of the herb (source).  To that point, flavonoids are the principle therapeutic modality in the study we are discussing.

In a diabetic mice model, the researchers found that “flavonoids from astragalus significantly ameliorated brain damage by modulating gut-microbiota-brain axis”.  They noted that the flavonoids “decreased fasting blood glucose and food intake, repaired the blood brain barrier” and a host of other brain/metabolic improvements were noted.

Mice models are useful for research as the ability to analyze tissue samples (brain, gut, etc.) are either outright impossible or much more difficult in a human population.  And, generally, these studies are often about things we already know are working - we just don’t know how.  And, the how is important regardless of how strong the clinical evidence is for acupuncture and/or Chinese herbal medicine on affecting this range of issues.

Other mice studies involving astragalus have shown similar effects.  Some, such as this one, showing beneficial effects on Alzheimer’s disease mice models by reducing amyloid plaques (among other functions).  Others such as this one with astragalus and spindle tree wings found blood glucose levels were significantly reduced in as short as 4 weeks.

So the evidence is there and in Chinese Medicine we are generally already aware of this.  But we don’t often know the “why” and these studies are important guideposts to allow for the most effectively tailored treatments for patients with these issues.

One of the greatest benefits of Chinese herbal medicine (and acupuncture for that matter) is the broad systemic effects that can work with the body to balance a host of conditions at “once” instead of targeting them all individually.  But this comes at a cost, so to speak, of not knowing what is actually happening.  The more we know of the “how”, the more targeted and consistent treatment approaches are likely to become.  This isn’t to fit into a model of how western medicine works, but, rather, to ensure results among a wide variety of practitioners.  Using the “old” information with the “new” to highlight what we are really trying to accomplish.

It is also important to keep in mind the power of the medicine we work with.  How a single herb, or even a component of a single herb, can accomplish so much.  Often, in the context of our medicine, less may very well be more.

We as practitioners are already aware that both type 2 diabetes and cognitive issues such as Alzheimer’s disease can be well aided by Chinese herbal medicine and/or acupuncture - possibly with western approaches combined.  However, as these discussed issues are so widely experienced and progressing in numbers, it is important to keep these matrixes and potential developments in mind.  People that are already falling into the early stages of development of these issues (in western terms pre-diabetic and/or generally inflammatory diet/lifestyle) are, from these studies, likely to develop much further.  And even though it’s a western adage, and wasn’t initially targeted at health issues, “an ounce of prevention is worth a pound of cure”.