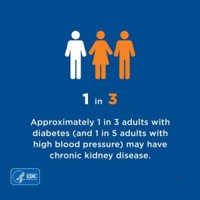 Their paper is titled “Protective effect and mechanism of electroacupuncture of “Biao-Ben” acupoints combination for mitochondrial dysfunction in diabetic nephropathy rats”.  While it is generally accepted that acupuncture can play a role in both diabetes and in inflammatory diseases generally, the overall “how” is still very much worthy of exploration.

Knowing the “how” in both general terms is useful clinically, but perhaps more useful is that with the “how” we can work towards the exploration of effective treatment protocols.  In other words, do you need a complex, heavily tailored treatment protocol to aid an individual, or can a simple point combination heavily promote the changes you need in a measurable way?  While that is not the point of this particular study, it is the lens through which I see potential value in studies of this nature.

First, what are “Biao-Ben” acupoints?  Depending on the context this concept can imply a more systemic theoretical approach to acupuncture point selection rather than a fixed set of points.  The biao (“branch”) and ben (“Root”) in this study refer to using biao/branch points for treating “symptoms” of diabetes and using ben/root points for treating the root “cause” of the disease.  The researchers here used the following points:

ST 40 - “Beautiful Bulge” - is an empirical point for “phlegm” in the body in TCM terms.  This is a concept loosely akin to the construct of metabolic syndrome factors - poor dietary regime and systemic inflammation.

CV 12 - “Central Venter” - is an important point in Chinese Medicine for a broad range of digestive issues and  functions as a “hui meeting” point with broad effects on the physical digestive organs.

ST 36 - "Leg Three Li" - arguably one of the most important points in the body for general strengthening of digestive functions, energy metabolism and immunity.

CV 4 - "Origin Pass" - another extremely important point that benefits a broad array of functions within the body in both tcm terms and in western terms.

Using a diabetes induced rat model, the researchers applied electric-acupuncture for 15 minutes once every other day for 8 weeks to the above points (4 Hz/60 Hz, 1mA).  While their analysis is quite technical, in short they found significant improvements in the EA group.  They conclude that the application of EA to these points “can alleviate oxidative stress and mitochondrial dysfunction [in diabetic rats], which may be associated with its functions in up-regulating SIRT1/PGC-1α signaling, and decreasing renal fibrosis”.

SIRT1 protein is a member of the “Silent Information Regulator 2 (Sir2)” protein family.  This protein family generally is being explored for the treatment of a range of metabolic, cardiovascular and neurodegenerative diseases ( 1 ).  The short of it is, increasing the expression of this protein appears to aid this broad range of conditions, including diabetes and kidney disease.

PGC-1α, or peroxisome-proliferator-activated- receptor-y coactivator-1 alpha, is also involved in a broad range of metabolic functions.  Research has shown that it is “highly likely that PGC-1alpha is intimately involved in disorders such as obesity, diabetes, and cardiomyopathy” ( 2 ).  It is considered an “inviting target” in the treatment of obesity and Type 2 diabetes.  When increased it appears to play a strong role in remodeling muscle tissue and in the metabolism of both carbohydrates and lipids.

In general then, this simple combination of points provides benefit and likely through these mechanisms.  While many people in the world have limited or no access to any pharmacological approaches that might involve (either now or in the future) facilitating up-regulation of these systems, it is possible that even simple acupressure points may provide some benefit.  At least, broader adoption of acupuncture globally may mitigate what is a growing and devastating set of health issues (i.e. metabolic syndrome) at likely less cost and risk than pharmacological approaches may provide.