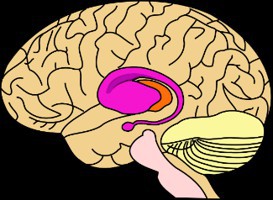 Without getting into an incredibly detailed discussion of your brain and nervous system, you have two modes of being; your sympathetic ("fight or flight") mode and your parasympathetic ("rest and digest") mode. Technically you need both, but many of our psychological and physical health issues come from over-activation of our sympathetic system - i.e. living in fight or flight. While that is bad enough, over time aspects of our brain will change to essentially facilitate operating in that undesirable mode making true emotional and physical wellness more difficult than just changing habits, diet or other aspects.

One of the principle reasons why people have a hard time changing their diet, lifestyle and emotional behaviors is that without the activation, growth, and development of certain parts of the brain the changes we wanted to do become a correction after we act (a response), rather than the consistent act of balance and choice without choosing (see "wu wei") that we desire. In essence we want our initial, thoughtful intent to be what drives our behavior, not to always act by reacting to internal or external stimuli.

Put more simply, we want a brain to tell us we are calm and our reactions to be as they would be from a calm, thoughtful person, not to have to consistently tell ourselves that we "should" be calm after we behave poorly. 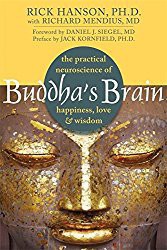 ." The text itself doesn't have much to do with Buddhism, if anything really, but it discusses in practical terms the outcomes of some very extensive studies on a group of Tibetan meditation practitioners. Long story short, their brains facilitate the primary responses of calm, thoughtfulness and attention that we desire. And their brains do that because they are conditioned and developed, not unlike a muscle in our physical body, to perform that function. Essentially, if we live in fight or flight we focus poorly, we behave aggressively, we react - if we don't, we don't.

So how do we accomplish this?

Well there are any number of studies discussing the developmental changes that happen with the regular practice of meditation, and other internal arts such as yoga, tai chi, qigong and others. If you are not interested in the science, you can probably stop reading here and just start a basic meditation program or start taking tai chi, and over just a few months you will experience these positive changes.

For those who would like to better understand some of what is happening on a scientific level to better facilitate their mood and behavior researchers from the Massachusetts General Hospital and Harvard Medical School as well those from the Fujian University of Traditional Chinese Medicine among other institutions, recently conducted a brain imaging study to explore more deeply.

Researchers led participants through a 12 week program of tai chi and ba duan jin qigong exercise. Ba Duan Jin, also known as the "eight brocades" is a very common form of qi gong practice that has a few variations. We practice it regularly as part of our tai chi classes in my clinic in Chattanooga - there is a video of our version of it midway through a recorded live broadcast of our free weekly meditation, qi gong and tong ren class.

The participants were older adults and while the researchers were looking at all aspects of the brain scans, they were primarily interested in reducing memory deficiencies. They used various brain scans at the beginning and the end of the 12 week study and found that both Tai Chi and Qi Gong significantly increased grey matter volume (i.e. made them more active) in the following areas:

There were no significant differences between a group that practiced only qi gong and a tai chi only group. Essentially the participants in such a short time experienced "improved mental control, recognition, touch and comprehension memory scores" - the researcher concluded that the results demonstrate the potential of tai chi and qi gong practice for preventing memory deficiencies in older adults.

While researchers here were looking at older adults and memory any exploration of those brain areas make it fairly clear that these benefits would be applicable to improvements in focus, impulse control, emotional control, and other related aspects in all ages. While your "fight or flight" system is telling you to just maintain the status quo and keep on doing what you are doing, now would be the time to start making changes - avoiding problems rather than managing them after the fact, that is "wu wei".