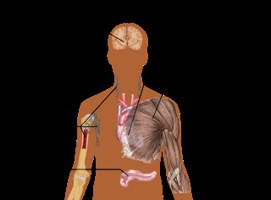 Sleep issues, depression and anxiety are commonly experienced by the roughly 1 billion women around the world who are currently in their postmenopausal years.  And while sleep issues are a growing problem in the general population they are particularly heightened in postmenopausal women, with roughly 40-60% being negatively affected by poor sleep.  While it has been shown that many forms of exercise will lead to improvements in mood and sleep, qigong is well suited towards these populations due to the ease of practice and the broad benefits.  Some of the strong effects of qigong are likely brought about by the combination of coordinated breathing with physical movement.  To that point and particular to the qigong form that the researchers used in the study, a previously covered study found that “Ba Duan Jin Practitioners Experienced Improvements Beyond Normal Exercise”.

In the study “Qigong for mental health and sleep quality in postmenopausal women” a team of researchers from Spanish and Portuguese institutions (University of Jaén, Instituto Politécnico de Beja) set out to explore the potential benefits of qigong on this population.  Using standard measures such as the “PSQI - Pittsburgh Sleep Quality Index” and the “HADS - Hospital Anxiety and Depression Scale” they randomly divided their study participants into a qigong exercise group (n=63) and a control group (n=62).

For this study they chose the Ba Duan Jin (or “eight brocades”) qigong form.  There are many qi gong forms and many variations of each of the more well-known forms.  What they taught would be roughly similar to the following video from a class of mine where we performed a version of the Ba Duan Jin as a warmup to our tai chi lessons.

Each participant in the intervention group performed a 10 minute warm-up, 40 minutes of the eight brocades qi gong, following by a 10 minute cool-down.  They did qigong twice a week for 12 weeks.  Measurements were taken as a baseline and then at the end of the 12 weeks.

At baseline mood and sleep quality were statistically similar between the control and the qigong exercise group.  After 12 weeks, the intervention group showed significant improvements in sleep quality, sleep latency, sleep duration and sleep efficiency as well as improvements in both anxiety and depression.  The researchers comment that future studies should be performed to also look at longer-term effects of consistent qigong practice.

All in all, based on this and other published studies the benefits of this relatively simple qigong exercise is significant and appears to benefit many of the significant health issues experienced by the general population in our modern times.