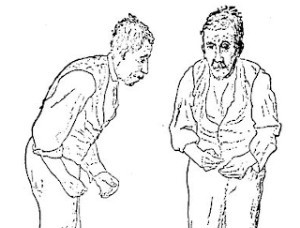 There are nearly endless volumes of Tai Chi research and the health benefits that arise from the practice of it. Some studies are exclusive to understanding the mechanisms of Tai Chi and others attempt to see the differences between it and standard exercise regimins. With particular regards to Parkinson's, exercise therapy has shown numerous benefits in slowing the progression of the disease in many cases.

Researchers from the Gaomi People's Hospital recently conducted a study entitled "Tai Chi versus routine exercise in patients with early- or mild-stage Parkinson's disease: a retrospective cohort analysis". Within they recruited 500 Parkinson's patients (stages I-III, some already on levodopa) and divided them evenly into a tai chi group and a routine exercise group. The Tai Chi group exercised 90 minutes/day 3 times/week for 2 months.

During and after the study a variety of measures such as a 50-foot speed walk and a timed up and go were used to evaluate progress. Both groups saw improvement, however the Tai Chi practice group saw far more significant improvements. Further there were 9% of the patients in the Tai Chi group who were able to quit levodopa completely and many of the others were able to decrease their intake of the medicine. The researchers concluded that tai chi has "the potential to slow down the progression of symptoms of Parkinson's disease" and to "delay the introduction of levodopa".