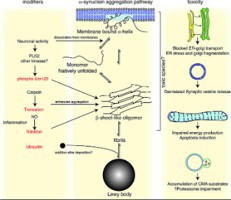 7-10 million people around the world are living with Parkinson's Disease with men being 1.5 times more likely to develop the condition than women.  This is more than all of the people with Multiple Sclerosis, Muscular Dystrophy and Amyotrophic Lateral Sclerosis combined. 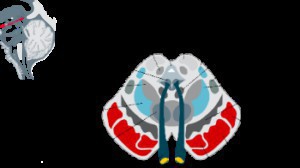 The symptoms are brought about primarily by the loss of dopaminergic cells in the substantia nigra.  Without these cells dopamine is not produced and without dopamine you effectively get the loss of communication required for muscle coordination, communication and many of the other symptoms of Parkinson's.  Generally Parkinson's symptoms will appear when four-fifths of these cells are lost and will continue to worsen as more are lost.

Treatment, at least initially, is focused on halting this progressive loss of dopaminergic cells, ultimately it would be to reverse some the damage that has already happened.  Treatment wise there are a range of western medications which aim to slow the progression, there are a host of dietary changes that will help, massage techniques to aid with some of the rigidity, etc.  From a Chinese Medicine perspective overall there is much that can be done when properly tailored to the person (not just to PD - see "treating the cause and not the symptoms" for general information on the Chinese Medicine approach).

With specific regards to acupuncture for Parkinson's Disease some of our specific techniques are discussed in the article "Acupuncture Treatment For Parkinson’s Disease with Tuina and Tong Ren Therapy" and another relevant study I wrote about "Acupuncture for Parkinson’s Disease – Mechanisms Explored, Safer Than Rapamycin" highlights some of the underlying mechanisms of action.  Chinese Medicine based exercise techniques such as Tai Chi have also been shown helpful "Study Finds Tai Chi Helpful For Parkinson's Disease".

Today we are discussing an animal model study utilizing moxibustion and looking at some of the underlying beneficial affects with regards to Parkinson's.  If you are unfamiliar with moxibustion, or "moxa", please see "What Is Moxibustion?".

For the study, researchers from the Hubei University of Chinese Medicine in Hubei Province, China utilized a Parkinson's induced rat model.  The general goal of the study was to see if moxibustion could provide a protective affect for the dopaminergic neurons.  Researchers were operating under a causative theory that a build up of Alpha-synuclein or "α-synuclein", a protein, is a factor in what leads to the progressive loss of dopaminergic cells.  Accordingly, they focused on using moxibustion to see if it could limit the buildup and resultant destruction of cells.

The overall treatment involved the application of moxibustion at a few points for 10 minutes daily for 2 weeks.  They used the following points:

The researchers found that through the application of moxibustion at these points...

"moxibustion can promote the autophagic clearance of α-syn and improve behavioral performance in Parkinson's disease...."

Now clearly much should be done in the way of more entailed research on human models with regards to this specific usage.  But previous studies I have written about have shown strong systemic effects on the immune system and inflammatory markers generally so these findings are not particularly surprising.  The articles, "Moxibustion Found To Suppress Colon Inflammation in Ulcerative Colitis", "Moxibustion Found To Improve Immune Response in Ulcerative Colitis Better Than Sulfasalazine (Azulfidine)", "Moxibustion Found Helpful for Knee Osteoarthritis", and "Moxibustion More Effective Than Acupuncture for Chronic Fatigue (Study)" cover some more details of the process underlying some of the effects of moxibustion.

At the end of the day many of the approaches within Chinese Medicine are extremely cost effective and carry minimal, if any, side effects.  This makes them very worthwhile to pursue heavily, particularly when they can show such deep and broad effects on the body.