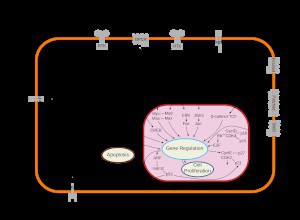 While IBS is often related to a relatively long pattern of poor dietary and lifestyle choices, there are cases where it seems to "come on" quite sudden. What is known as post-infectious irritable bowel syndrome or "PI-IBS" is the diagnosis given to people where symptoms come on following an infection. For many, these symptoms will pass as the body works to rectify the internal bacteria balances, but for others it can spawn off a seemingly chronic IBS pattern.

Chinese Medicine, including acupuncture and Chinese herbal medicine, as well as associated techniques such as moxibustion have long been used to aid and resolve IBS symptoms. There are a host of studies showing how Chinese Medicine can help to regulate the inflammatory/immune cycle that is at least part of IBS, this in addition to regulating general metabolic functions.

One technique that has shown a strong beneficial array of effects on the functioning of the digestive system generally is moxibustion (see "what is moxibustion?"). I've written previously about how "moxibustion may be helpful for IBS". Today, I'll talk about another recent study from researchers at the Shanghai University of Traditional Chinese Medicine and the Indiana University School of Medicine that looks more into the biochemical changes that happen internally from moxibustion.

This study discusses a broad array of biochemical markers, so for those less associated with these in relation to IBS, I suggest reading "Molecular basis of the irritable bowel syndrome". The tl;dr of the biochemistry is that there are host of inflammatory markers which when elevated indicate an inflammatory/autoimmune action and when reduced the body turns off or limits those functions.

Some of the common inflammatory markers discussed in the study are:

In this rat study, researchers used moxibustion on two acupuncture points for 7 days - 10 minutes each time. The points selected were ST 36 and ST 25. Both of these points have well understood effects on the digestive system generally and the colon specifically. The researchers utilized a "sham moxibustion" approach where the same treatments were applied by the moxa stick was not lit.

Within the treatment group they found that inflammation was significantly decreased and the relative amounts of positive bacteria in the gut (lactobacillus, bifidobacterium, etc.) were increased. They noted inhibited expression of the various interleukin and other inflammatory proteins as well. The researchers concluded that "moxibustion can relieve low-grade GI inflammation and alleviate visceral hypersensitivity in PI-IBS by regulating intestinal microbes and controlling NLRP6 inflammasome signaling".

For such a relatively simple technique to yield such strong results is very often an outcome of Chinese Medicine. The body has various mechanisms to help protect itself but when these mechanisms are functioning excessively bad things can happen to the body. Blocking these functions (i.e. steriods, etc.) does not seem to work well at all, and if it does help it is an unsustainable approach. For the cost of about $4/USD and a few minutes of a persons time, moxibustion in these cases should be looked at as strong option for resolution of these symptoms.