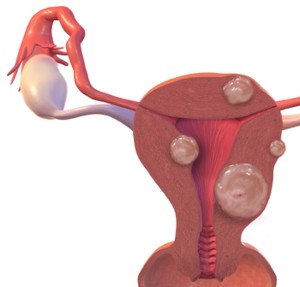 Repeated embryo implantation failure (RIF) is “one of the most difficult challenges in the field of in vitro fertilization (IVF)” ( 1 ).  A patient is generally considered to have RIF after 3 or more failed embryo transfers.  This can be both expensive and psychologically defeating.

The overall etiology is not well understood and is likely a combination of factors.  Contributing lifestyle factors may be smoking, obesity, and/or an inflammatory diet.  From a functional perspective polyps, fibroids and/or other congenital anomalies may also play a role.

Appropriately tailored acupuncture and/or Chinese herbal medicine has long been known to improve IVF outcomes in general terms.  There are hosts of studies and many IVF clinics have acupuncturists on staff and/or refer out to licensed professionals.  The effects of Chinese Medicine with regard to fertility is not limited to aiding IVF of course, but for the context of this article that is what our discussion will be limited to.

In their study they used a combination of relatively easy to apply auricular acupuncture (which could possibly be done as acupressure as a home/self treatment) and a combination herbal formula directed in Chinese medicine terms towards kidney qi tonification, blood tonification and stagnation movement.

Within  the study a formula called Zhuyun was used and is generally a combination of three of the more commonly used tcm herbal formulas for this range of issues.  These are Wu Zi Yang Zong Wan, or “five seeds to bring forth offspring”, Si Ni San Wan, or “frigid extremities powder pills”, and Si Wu Tang Wan, or the “four substances pills”.  The exact formulation used in the study is as follows (given 200ml 3x/day orally for 3 months before IVF): 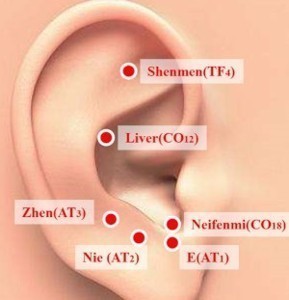 For the auricular acupuncture treatment they used the following points:

Auricular acupuncture was administered once weekly for 3 months before IVF procedures.

The study involved 123 women who were experiencing RIF.  They were divided into a treatment group and a control group with another IVF transfer scheduled after the 3 months intervention.  Researchers also analyzed a variety of blood samples, generally looking at inflammatory levels.

The researchers found that 45.2% of the women who had previous recurrent implantation failures had a successful implantation in the treatment group.  In the control group 26.2% had a successful implantation.  They concluded by saying “[the herbal formula] with auricular acupressure was effective and safe in improving pregnancy outcomes.”  They continued by speculating that this might be due to a reduction in inflammatory markers.

All things considered this is a very good outcome.  More than likely, outcomes would only be improved by specific tailoring of the formulas and acupressure points to each individual (how it would generally be done clinically).  For what would amount to at most $70 in herbs and $100-$200 in acupuncture treatment costs (in USD), to gain a near doubling of pregnancy rates this is a cost-effective and safe approach to consider.