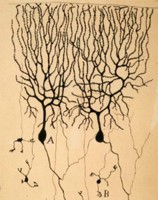 Statistically there is one person every 3 seconds, somewhere in the world, that develops dementia. There are currently around 50 million people world-wide which are in various stages of memory impairment and this number is currently expected to double every 20 years. There are, of course, a host of things that can be done to help slow and even stop the progression, much of these, such as dietary change, are ideally done before there is significant deterioration. While this article will cover a technical exploration of acupuncture and positive changes it fosters in the brain, it would be remiss of me to not do a brief aside about diet...

While this article is not going to discuss technical details of the role of diet in Alzheimer's, considering the rate of development, I feel I should at least provide some direction. The most comprensive text that I have seen at the time of this writing is "The Alzheimer's Solution: A Breakthrough Program to Prevent and Reverse the Symptoms of Cognitive Decline at Every Age

", it is a worthwhile read and highly recommended.

I have written previously about the Chinese Medicine treatment of alzheimer's and our alzheimer's treatment section has some technical pointers and approaches. It is generally fairly well understood that acupuncture has positive affects on those living with dementia. It is most likely a combination of how acupuncture seems to be able to cut systemic inflammatory markers, improve digestive health, improve cardiovascular circulation and other factors. The actual treatment would be tailored to each individual and take into account other health issues they have had or currently have and guided with the diagnostic tools of Chinese Medicine. So what acupuncture "does" for alzheimer's is somewhat dependent on the issues and history of the individual (see "treating the cause vs. the symptoms" for more on that).

So while we can observe positive responses in our patients with dementia, we do not necessarily understand what is happening in western scientific terms. The study I am going to discuss today is exploring those details. The researchers were from various departments within the First Hospital of Tianjin University of Traditional Chinese Medicine.

To start this discussion we should start with what we think of as the process of alzheimer's. There are many changes in the cells of the brain thought to be involved in the development of alzheimer's, they are inter-related and generally include the following functions:

At the end of all of this range of processes you have loss of neurons, functionally brain atrophy, and the condition deteriorates from losses in memory, to losses in function, then possibly to death. In this study, using a alzheimer's mouse model, researchers looked at the effect of certain acupuncture points to influence the development of new neurons in the brain. They provided treatment daily for 6 days, a rest day, then 6 more days before using a range of biochemical and physical tests to observe changes in the brain. 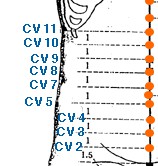 The points they utilized were as follows:

After the treatment, the memory and spatial abilities of the alzheimer's model mice was tested using the Morris water maze. These results were much improved in the mice post treatment. To aid in the "why" - the researchers then utilized brain tissue sampling via golgi straining, to see if they could observe cellular improvements that appear to have led to the memory and spatial functioning improvements experienced by the mice.

In a related study, researchers from the Capital Medical University, among other institutions, conducted a study looking at the neuronal specificity of acupuncture with regards to alzheimer's patients. Here researchers noted that many of the studies looking at how acupuncture appears to benefit alzheimer's patients are performed on only healthy individuals without the disease which may skew the results. In their study, the recruited 21 patients with alzheimer's (AD), 14 patients with mild cognitive impairment (MCI), and 14 healthy controls.

In their study, acupuncture treatment utilized a fairly common point combination call the "siguan" or the "four gates" - this involves the following 2 points needled bilaterally:

For the average layperson this is admittedly somewhat technical, at the end of the day acupuncture appears to be a clinically and scientifically valid approach, ideally along with diet and lifestyle change, to help the body not be damaged from out of control immune/inflammatory responses.