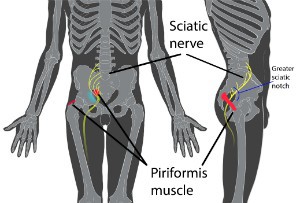 Lower back pain is very commonly treated with acupuncture and generally does extremely well.  Of the multitudes who seek out acupuncture for back pain, many have sciatic nerve pain which can be quite debilitating.  Often either through injury or direct wear and tear there is physical damage to the sciatic nerve (and/or surrounding nerves) that is contributing to their pain and lack of mobility, not just structural issues such as disc degeneration, herniated disc, etc.

A recent study I wrote about showed that acupuncture is more cost effective and more effective overall than NSAIDS for low back pain.  Our theory site has basic acupuncture protocols for back pain as well as a general back pain treatment page for clinical details.  And, generally, acupuncture is not just for pain management, but rather for resolution as is highlighted in another article I wrote showing that the effects of acupuncture on chronic pain appear to last.

Suffice it to say sciatic nerve pain and back pain are very commonly treated and generally respond very well to acupuncture.  From an acupuncturists perspective this is just a well known fact that we resolve these conditions clinically every day.  What we don't know, however, is what is happening in western medical terms; are we blocking pain? (yes, but it seems to last), are we fixing the issue? (it seems so, but not sure how)...

A team of researchers from the School of Basic Medicine within the Shanghai University of Traditional Chinese Medicine performed an animal study to explore what is happening on a deeper level with acupuncture treatment.  Specifically they were looking at the potential of acupuncture and associated techniques such as moxibustion (see "what is moxibustion") to regenerate damaged peripheral nerves - in this case the sciatic nerve.

Using a rat model of sciatic nerve damage (via neurotomy) they treated the injured rats with electroacupuncture or moxibustion at the following points:

Each treatment lasted 15 minutes and the rats were treated 6 days per week for 4 weeks.  Treatments were evaluated using a range of behavioral studies to gauge pain and mobility improvements, nerve conduction tests, and then more invasive tissue staining on certain muscle groups, etc.

They concluded saying that "electroacupuncture and moxibustion promoted nerve regeneration and functional recovery" which is a good thing for sciatic pain sufferers.  What they noted biochemically, however, is the part that is interesting: 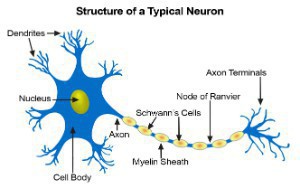 They thought that these treatments contributed to a proliferation of Schwann cells (which were much higher in the treatment groups 3 & 5 days after treatment).  Schwann cells are involved in nerve regeneration; recovering damaged areas with myelin, although at times not completely.  Along with Schwann cell proliferation there was a significant upregulation of nerve growth factor which is part of the bodies communication mechanisms for repair.

A single study doesn't tell us everything, nor should everyone run out and do moxibustion for their sciatic nerve pain.  But it is interesting to see that somehow these treatments stimulate and focus the bodies own healing responses which are, most likely, blocked or distracted by the bodies own survival/pain responses.  Now whether these are stimulated because the body feels it is damaged by acupuncture (even though it isn't) and then it comes out and notices the existing damages and prompts itself to fix it or perhaps there is something very unique to these points that ask the body to do this via yet unknown communication mechanisms - we will likely never know.

For now, however, it is clear that acupuncture can provide much more than mere pain management for sciatic pain....