The TCM herb "rou cong rong" which in english is 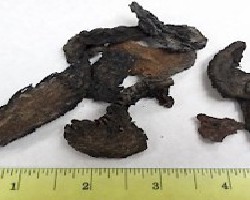 "fleshy stem of broomrape", is categorized within the "herbs that tonify yang" functional grouping. It is thought to enter the kidney and large intestine channels and exhibits salty (xian), sweet (gan) and warm (wen) taste/temperature properties.

While it may not always be included depending on the manufacturer or herbalist making the formula, rou cong rong is generally included in the following 1 formula:

A range of psychiatric, cognitive decline, trauma issues - benefit and clears the brain, transforms phlegm and tonifies kidney qi and the blood. Often used for both general cognitive decline/dementi…

As noted above, rou cong rong is within the herbs that tonify yang functional group. All the herbs in this category are listed below.