The TCM herb "san qi (tian qi)" which in english is 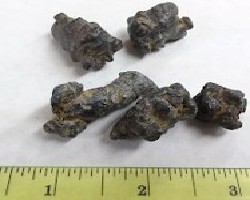 "pseudoginseng root", is categorized within the "herbs that stop bleeding" functional grouping. It is thought to enter the large intestine, liver and stomach channels and exhibits bitter (ku), sweet (gan) and warm (wen) taste/temperature properties.

San Qi (Tian Qi) may potentially be used, in coordination with a well tailored formula (in most cases), to influence the following conditions: abdominal pain

While it may not always be included depending on the manufacturer or herbalist making the formula, san qi (tian qi) is generally included in the following 3 formulas:

For a range of stagnation issues in the stomach/epigastric/heart region - gastritis, epigastric pain, peptic ulcer disease. A range of liver issues including hepatitis and cirrhosis. For stasis of …

Bruising, sprains, swelling from soft tissue injuries. Broken or bruised bones. For post surgery recovery. For any other type of acute trauma to the body.

A very important formula to stop bleeding (generally from any cause) in Chinese Medicine.  Can be used topically and orally and comes in two primary formats (capsules and powder vials).  It is used i…

As noted above, san qi (tian qi) is within the herbs that stop bleeding functional group. All the herbs in this category are listed below.