Bloodletting Found Effective For Migraines - no not "that" bloodletting...

Bloodletting Found Effective For Migraines - no not "that" bloodletting... 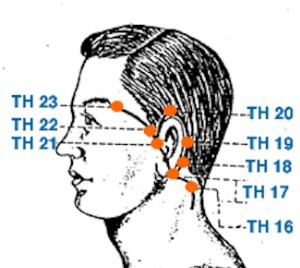 People suffering with migraines may do just about anything to be rid of them. What about bloodletting?

While bloodletting sounds straight out of the middle ages, it is actually a fairly mild technique used within acupuncture for a range of conditions. Our theory site has a general introduction to bloodletting section for those wanting to look a bit deeper. While there are many uses and potential areas, it tends to be used on what are known as the Jing well points. Jing well points are located near the tips of the fingers and toes and are the beginning or ending of each meridian, usually next to the top of the nailbed. The technique uses a small lancet, such as those used by those with diabetes to check their blood sugar, and in most cases a small number of drops of blood are released. The technique is largely painless and uneventful, certainly compared to what people think might be involved.

Now these types of generic treatment protocols will generally limit results because treatment is ideally tailored directly to each individual. That said, these points were a good choice for a study like this and "liver system" related headaches in TCM terms are arguably quite common. All things considered the study leaves room for thought as many practitioners, particularly in certain sub-systems of acupuncture, may not utilize bloodletting very often if at all.