The TCM herb "ge gen" which in english is 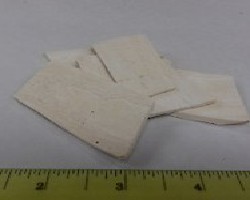 "kudzu root, pueraria", is categorized within the "herbs that release the exterior wind heat" functional grouping. It is thought to enter the spleen and stomach channels and exhibits acrid, cool and sweet (gan) taste/temperature properties.

Our clinical staff have made the following notes, regarding ge gen:

Ge Gen may potentially be used, in coordination with a well tailored formula (in most cases), to influence the following conditions: diarrhea, dizziness (vertigo), fever, headache, hypertension (high blood pressure) and/or tinnitus

While it may not always be included depending on the manufacturer or herbalist making the formula, ge gen is generally included in the following 10 formulas:

Cramping and/or painful distension of the abdomen. Foul smelling belching or gas with diarrhea due to heat in the intestine. May alleviate some hangover symptoms. Also useful to treat food poisoni…

Common cold and flu patterns, particularly at the early stages. Can be used in lieu of actual bacterial or viral infection as long as flu or cold like symptoms are manifest.

Wind-cold invasion with upper neck and back pain - cold or flu, mild fever, no sweating, stiffness.

Nourish the yin and tonify qi with particular emphasis on diabetes (primarily type II, but in some cases type I would benefit as well) when the underlying tcm diagnosis fits.  Symptoms may include st…

Please note that there are two formulas with the same name but slightly different compositions.  One is from Wang's Wen Re Jing Wei and tonifies the yin more strongly, the other (which is the one dis…

Stiffness, pain, and/or tightness of the neck.

As noted above, ge gen is within the herbs that release the exterior wind heat functional group. All the herbs in this category are listed below.

(truncated intro "... many are acrid and warm severe fever with mild chills and sore throat. some are good for venting rashes or wind-heat eye problems. )".