The TCM herb "huang jing" which in english is 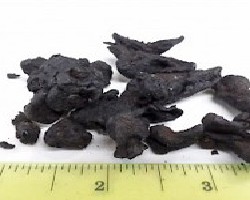 "siberian solomon seal rhizome", is categorized within the "herbs that tonify qi" functional grouping. It is thought to enter the lung and spleen channels and exhibits neutral (ping) and sweet (gan) taste/temperature properties.

A single herb is not often thought of as an empirical way to influence a TCM diagnostic pattern. Huang Jing, however, is a strong candidate to be considered when needing to influence lung qi deficiency and/or lung yin deficiency.

Huang Jing may potentially be used, in coordination with a well tailored formula (in most cases), to influence the following conditions: back pain, cough and/or fatigue

While it may not always be included depending on the manufacturer or herbalist making the formula, huang jing is generally included in the following 3 formulas:

As noted above, huang jing is within the herbs that tonify qi functional group. All the herbs in this category are listed below.