The Inner Workings of Herb-Partitioned Moxibustion For Crohn's Disease

The Inner Workings of Herb-Partitioned Moxibustion For Crohn's Disease 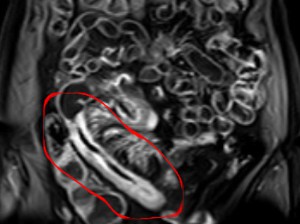 Crohn's disease is one of a number of inflammatory bowel diseases. Generally symptoms involve inflammation modulated abdominal pain, diarrhea, weight loss and malnutrition. The prevalence of the condition is higher in smokers and in those who overuse NSAID's and/or antibiotics, but this range of conditions is increasing generally with strong relations to diet and other environmental factors (related study).

Being inflammatory modulated, functionally an autoimmune condition, the general key to treatment is to stop the immune system from attacking certain cells. The western options to accomplish this, such as the class of immunosuppressant drugs, has mixed results and many possible complications. Corticosteroids is another common option but this is not without side effects and realistically is not a long-term solution.

Acupuncture, Chinese Herbal Medicine and notably an external technique called moxibustion (see "what is moxibustion?" for general info) have all shown positive effects on this inflammatory cycle through various mechanisms. Our Crohn's disease section on our blog has some previous research study discussions.

One of the biochemical pathways through which inflammation is modulated in the body is the "TNF-α-NF-κB-MLCK" pathway (discussed in detail here). In laypersons terms, TNF-α is the "tumor necrosis factor alpha" which is a primary marker of intestinal inflammation and "MLCK" or "MYLK3 - myoson light chain kinase 3" is the genetic expression functions that are involved in the destruction of tissue.

Clinically, moxibustion has shown positive effects on any number of digestive and inflammatory related conditions. To look specifically at how this technique may influence Crohn's disease, a large team of researchers from the Shanghai University of Traditional Chinese Medicine recently conducted a study entitled "Herbs-partitioned moxibustion improves intestinal epithelial tight junctions by upregulating A20 expression in a mouse model of Crohn's disease". They were looking specifically at the mechanisms through which moxibustion may aid the backdrop of inflammatory functions involved with Crohn's disease.

In a mouse model of Crohn's the treatment group received herb-partitioned moxibustion (2 cones at each point, daily for 10 days) at the following points:

The moxibustion was applied via "moxa cones" on top of a herbal cake comprised of the following two herbs:

The researchers noted that in the treatment group there was significant downregulation of inflammatory markers and functions thereby "protecting intestinal epithelial tight junctions and repairing the damage CD causes to the intestinal epithelial barrier". This was thought to happen by upregulating the expression of A20, also known as TNFAIP3, which is essentially the negative regulator of inflammation and immunity (study).

All things considered, for a relatively inexpensive treatment that can largely be done by an individual in the comfort of their own home, this general approach is worthy to consider in conjunction with other appropriately prescribed acupuncture, possibly oral Chinese herbal medicine and diet and lifestyle change.